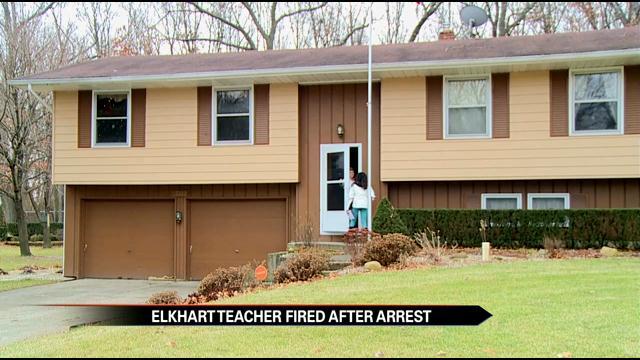 New details in a developing story Abc 57 News has been staying on top of for weeks.

Quast was referring to Iannarelli, accused of recording students undressing and showering in the boys' locker-room.

“I didn't expect coach Jim to do that kind of stuff because he took me and my brothers and sisters home for five years,” explained Harvey.

In a meeting, Monday, the school board officially fired Iannarelli.

“Hearing that they fired him, I'm honestly glad they did,” Quast told Abc 57 News.

We did some digging and found Iannarelli's address.  Abc 57 News stopped by his house to see if he wanted to weigh in on the allegations against him.  Someone answered the door – but as soon as we asked for Iannarelli, she slammed the door.

Iannarelli will not be returning to Elkhart Community Schools – but students say this is not something they will easily forget.

Iannarelli is due back in court on January 29, and his t