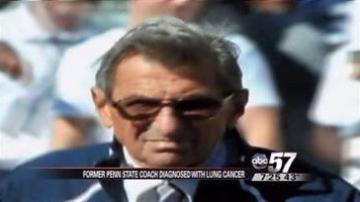 His son Scott made the announcement today. He says his father was given the news during a follow-up doctor's appointment for a bronchial illness.

The announcement comes just a week after Penn State trustees voted to fire Paterno in the wake of a major child sex abuse scandal.