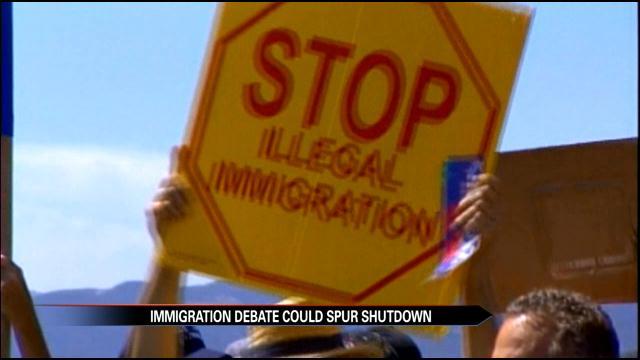 House Speaker John Boehner says that most of his fellow Republicans hands are tied when it comes to President Obama's executive action on immigration because anything that house Republicans would approve would be vetoed by the president.

“Frankly, we have limited options and limited abilities to deal with it directly,” says Boehner.

During a closed door meeting on Tuesday, Speaker Boehner presented Republicans a plan to avoid a governmental shutdown, but still show their opposition to President Obama's actions, which they say are unconstitutional.

Several lawmakers say members could cast a vote of disapproval on the immigration executive action, but move forward on a short-term funding bill next week.

“As someone who's been a lawyer for a government agency, I'm fully comfortable with what's in here, because I know that at the end of the day, I'm going to have to be the one here to defend it,” says Secretary Johnson.

Conservative Republicans want more than just a symbolic protest vote on the president's immigration actions, but aides said Speaker Boehner and Republican leaders want to avoid any risk of a government shutdown over this contentious issue.