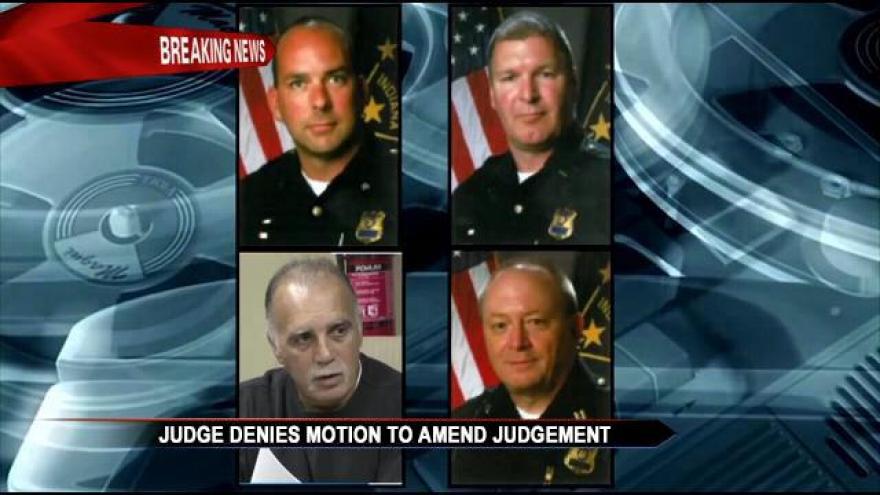 A federal court judge has denied Tim Corbett, Dave Wells, Steve Richmond and Brian Young's request to modify the final judgment in the federal wiretap case related to the phone line recordings made at the South Bend Police Department.

In the motion to amend judgment, the officers asked the court to:

In January 2015, a federal judge found that the recordings made on Officer Brian Young's line on or before February 4, 2011, did not violate the Wiretap Act and their disclosure would not violate the act.

Any recordings made after February 4, 2011, when Karen DePaepe discovered Young's line was inadvertently being recorded, violated the Wiretap Act, according to the judge, and were prohibited from disclosure.

The judge denied the officers' motion to amend the judgment.

The judge says the first request is moot, the second was beyond the scope of the complaint and the third - impossible.