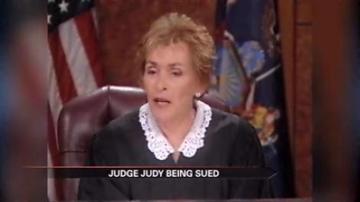 Judge Judy is used to being on one side of the bench but the reality court show  judge found herself before a judge and jury.

She is being sued by her long-time producer's ex-wife.

"Why did I deserve this?  What have I done to Judy? I don't care about money I just want my property back," said Jones.

In a statement to ABC News, Judge Judy said she does not owe Jones one cent and says maybe she should try finding a job instead of abusing the judicial system.