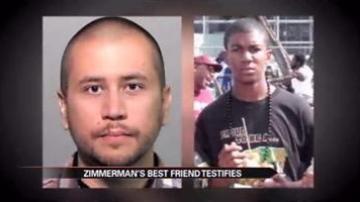 SANFORD, Fla. — The judge presiding over the George Zimmerman murder trial gave the defense the okay to present evidence of marijuana use.

The defense will present evidence that Trayvon Martin had been high on marijuana the night he was shot to death.

Monday was the first full day for the defense to present its case to the jury.

Several of Zimmerman's friends were called to the stand, including his best friend Mark Osterman.
Osterman testified about conversations he had with Zimmerman about gun safety.

"We had gone to the shooting range on several occasions, probably eight or 10 occasions," said Osterman. "And each time firearm safety was always the top of our list of discussions."

Zimmerman pleaded not guilty to second degree murder of in the 2012 shooting death of Martin.

Zimmerman says he shot the teen in self defense.