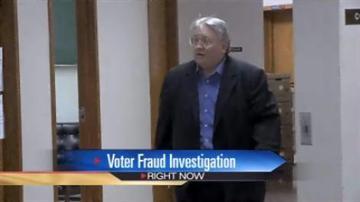 ST. JOSEPH COUNTY, Ind. –- Monday, a judge ruled key evidence in the ballot forgery case from is admissible in court. Four people are accused of playing a role in forging petitions to put Hillary Clinton and Barack Obama on the 2008 primary ballot in Indiana.

At issue in court is whether the petitions would be allowed as evidence.

Prosecutors claim the petitions are filled with forgeries.

Defense attorneys pleaded with the court to toss out the evidence.

"We had some questions about whether these things should be admissible because of the way they were handled,” said Jeff Kimmell, defense attorney.

But defense attorneys argued there's just no way to know if the petitions in question were actually verified and who handled the petitions before they were filed in Indianapolis.

For the prosecution, its case was on the line.

"If I can't use the ballot petitions, it obviously would make it pretty difficult for me to prove the case,” said Stan Levco, special prosecutor.

It all hinged on the testimony of four people including Lucas Birkit who testified under oath that he and the others forged petitions at the order of Butch Morgan.

After hearing all of the testimony Judge Marnocha ruled the petitions would be admissible at the trial.

Monday’s hearing was one of several expected to deal with last minute details before the trial, which is scheduled at the end of April.