Jury is in, Sturgis is guilty 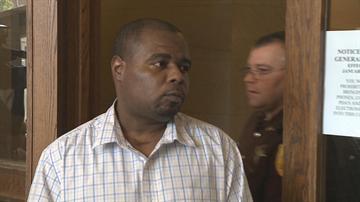 ST. JOSEPH COUNTY, Ind. – Jurors found Terry Sturgis guilty of all 14 counts he was charged with on Thursday. This included beating his 10 year-old son Tramelle to death.

The jury deliberated for about four hours before they reached their decision.

Tramelle’s family didn’t want to comment after the decision, but the deputy prosecutor gave a quick statement about them.

"The victims family does not want to make a statement," said Joel Gabrielse. "They are very happy, very emotional right now."

The defense said there was a lot of evidence for the jury to consider, which made it difficult.

"I don’t agree with all the verdicts, but certainly do understand why they would come down the way that they would," said Defense Attorney Jeff Kimmel.

There is some concern with double jeopardy, since some of the charges overlap legally.

This will be worked out during Sturgis’ sentencing which is set for June 21st.

Next Tramelle’s Grandmother Dellia Castile will go to trial. She lived in the same house with Sturgis and his children at the time of Tramelle’s death.