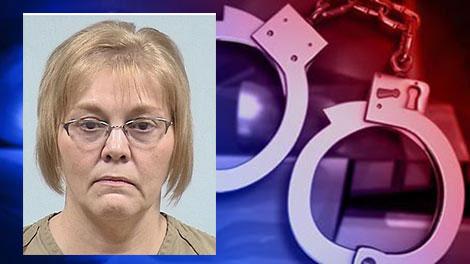 The jury has reached a verdict in the trial of Jackie Rolston. She was charged with battery resulting in the death of 19-month-old Kirk Coleman.

“This was a case that was very challenging on many different levels from the emotional standpoint as well as the evidence but for the fact that the evidence was as clear as it was, you know, this is a case that may have not been able to have been prosecuted," said Chief Deputy Prosecutor Vicki Becker.

Wednesday was the second day of testimony in Rolston's trial.

The first witness of the day for the prosecution was Detective Jeremy Tout who interviewed Rolston days after Kirk died.

Stout testified Rolston claimed everything was fine with Kirk until she fed him scrambled eggs.

She said Kirk almost immediately choked when she fed him the eggs. She said she called 9-1-1 and performed CPR, according to Stout's testimony.

The next witness was Dr. Joseph Prahlow, the forensic pathologist who conducted Kirk's autopsy.

Dr Prahlow testified he found other injuries on Kirk that were 2-3 days old.

He also said if Kirk had survived the blunt force trauma injuries he would have lost motor and social skills.

Rolston did not testify in her own defense.

The jury began deliberations Wednesday around 3:30 p.m. At 4:50 p.m., we received word a verdict had been reached. The guilty verdict was read just after 5 p.m.

For the toddler's family, the verdict gives them an opportunity to begin healing.

“I feel really blessed actually with the justice we just got today. But, that was the boy I never had. It was wonderful having him around and now he’s gone but we can move on now," said Tony Garza, Kirk's grandfather.

Kirk's mom Anissa Garza says she hopes when people think of this case they remember Kirk's Law, which established a registry for child abusers. She says she will always remember her son as her best friend.

“He always was a monkey. He always jumped around and was playing, he was definitely a boy and that I will definitely remember him as my little monkey and my best friend," said Anissa.

Rolston's sentencing will be held the morning of December 29th at the Elkhart County Jail.