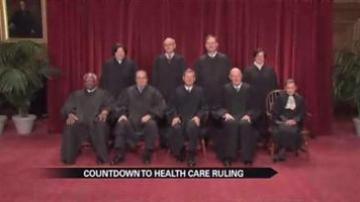 All eyes are on one of the biggest cases facing the United States Supreme Court.

Top lawyers from Indiana, Michigan and 24 others states are waiting to see if the justices will side with them.

Both Michigan and Indiana’s attorney general are calling the Obama Administration's 2010 health care law unconstitutional and Justice Anthony Kennedy may be the one to cast the tie-breaking vote.

"In any nine-member court that's closely divided someone's going to be in the middle and for us that's Justice Kennedy, who’s a solid conservative,” said Thomas Goldstein, publisher of SCOTUSblog.com “But he does vote with the left in a material number of cases and when it comes to health care. There's every reason to think that he'll be right there in the center as well.”

The justices are set to make a ruling Thursday.