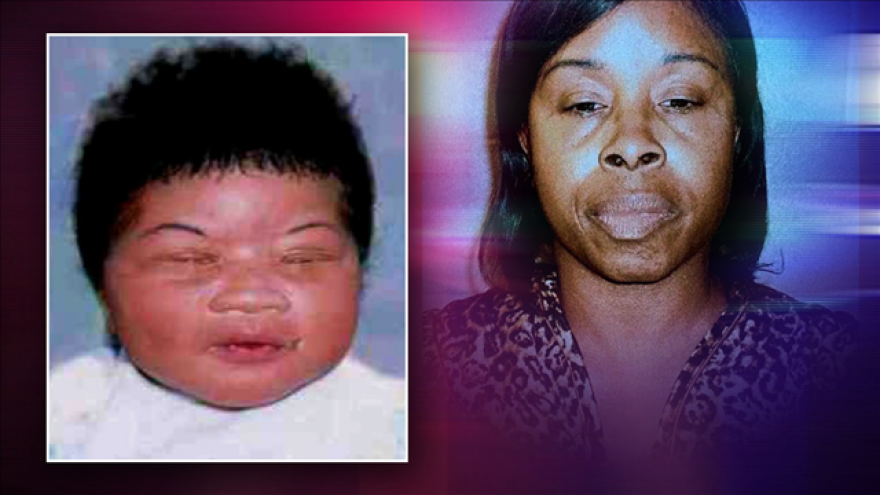 (CNN) -- Kamiyah Mobley and the woman she long believed to be her mother were "always happy, always together" in the small town of Walterboro, South Carolina, family friend Melissa Hiers recalled Saturday.

In Jacksonville, Florida, where Mobley was stolen from her mother as an hours-old infant, her biological mother would bake a birthday cake every year for her missing daughter, Mobley family attorney Wayne Alford told CNN affiliate WJXT-TV.

"(It) would be the happiest thing in the world for me ... to hold my baby and know she's not going nowhere else," Shanara Mobley, sobbing uncontrollably near an empty bassinet and unopened baby toys, told the station after the 1998 abduction.

The story of Mobley's young life has forever altered two families separated by 175 miles along Interstate 95.

A family is reunited

Her biological father, Craig Aiken, told the station the reunion occurred at the Walterboro Police Department. He said he told his daughter that he loves her.

"The first meeting was beautiful," Aiken told the station. "It's a feeling that you can't explain."

DNA tests this week revealed that Mobley is Aiken's long-lost daughter, the same girl abducted as a newborn from a Florida hospital in July 1998 by a woman posing as a nurse, according to Jacksonville Sheriff Mike Williams.

Gloria Williams, 51, who Mobley believed was her mother, has been charged with kidnapping and interference with custody. She has waived extradition to Florida, WJXT reported.

Authorities said she used fraudulent documents to establish a new identity for Mobley.

The South Carolina detention center where Williams is being held without bond was the scene of another emotional meeting, this one on Friday.

Separated by a mesh screen, Williams blew a kiss to Mobley during a brief encounter, WJXT reported.

"I love you, Momma," the sobbing teenager told Williams.

For most of her life, Mobley lived under another name; authorities have not released it.

"She's beautiful, just like Gloria, a well-mannered child," Hiers told CNN Saturday, standing outside the detention center to deliver a message of support to Williams.

"She has positive energy. She's just a joy to be around. I know growing up she had the fanciest clothes and she had everything given to her that she wanted."

Hiers said she has known Williams for 16 years. She met Mobley when the girl was 2. Hiers used to braid her hair; Mobley called her "Aunt Missy."

Hiers learned about her friend's arrest from a Facebook post. There must be some mistake, she said.

"She's such a good person," Hiers said of Williams. "If you know her like I know her and the town knows her, this is not something that you would expect from her."

A neighbor in Walterboro described Mobley as a typical 18-year-old.

Mobley and Williams often got their nails done together, said the neighbor, who asked not to be identified. The teenager graduated from high school and had a steady boyfriend.

The neighbor said Williams was a social worker who always provided for her daughter.

Investigators are talking to Williams' extended family in hopes of learning more. It's unclear whether Williams has an attorney.

Mobley, meanwhile, must now deal with the new revelations of her life.

The Jacksonville sheriff said the young woman "had an inclination beginning a couple of months ago" that she may have been abducted.

Mobley was located after a series of tips late last year to the National Center for Missing & Exploited Children, according to the sheriff. The FBI assisted in the investigation.

In Jacksonville, her biological parents and grandmother were "extremely excited and overwhelmed with emotion" at the news, the sheriff said.

Mobley seems to be in good health, he said.

'Bring my baby back'

On July 10, 1998 -- the day Mobley disappeared -- a kidnapper dressed as a nurse, in a blue smock with flowers and surgical gloves, was captured in grainy surveillance video at the hospital.

Shanara Mobley, who was 16 at the time, told investigators that a woman she thought was a nurse entered her hospital room.

"The suspect remained in the room with the victim and continued helping her and talking with her," said the incident report filed with the sheriff's office.

The mother asked the woman to place her daughter in a baby carrier but she instead left the room with the child, according to the report. The 8-pound baby girl was wrapped in a pink and blue blanket.

"Please bring my baby back," Shanara Mobley cried during an interview with WJXT at the time. "If you were faking a pregnancy or you just can't have no kids, how do you think I feel. ... That's my first child."

Aiken, then 19, was in jail for lewd assault for having sex with a minor, the station reported. Shanara Mobley was 15 when he got her pregnant.

Tips over the years

The abduction made national headlines. Authorities searched the hospital and surrounding areas. Helicopters were brought in, roadblocks were set up. Hospitals in Jacksonville and beyond increased security in maternity wards, WJXT reported.

Shanara Mobley was awarded $1.5 million after settling a lawsuit against the former University Medical Center, the station reported. She has since had three other children.

Over the years, authorities received more than 2,500 tips in connection with the case. A sample of Mobley's DNA taken at the time of her birth was matched Thursday with a swab taken from the young woman earlier this week.

Hiers, standing outside the South Carolina jail where her friend was being held, said: "I'm praying that it's not true. I hope it's a mix-up."