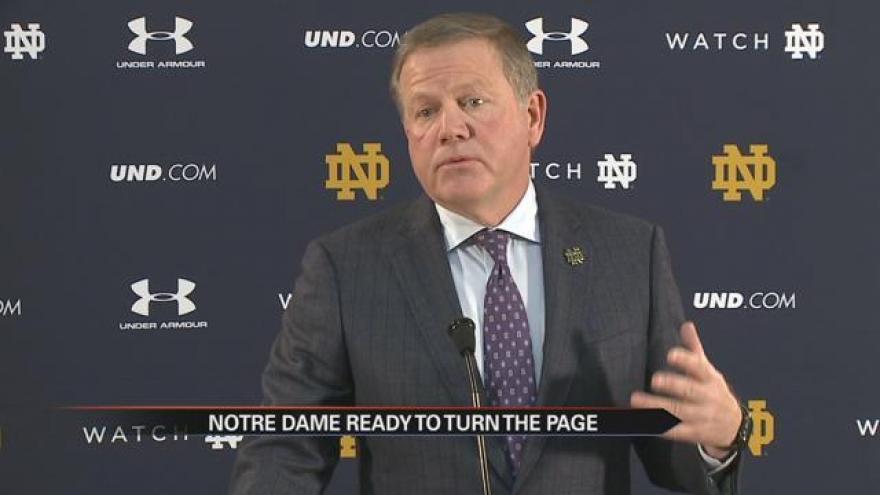 Bold and blunt, as Kelly looking to move on from a 4-8 season, one where fans and alumni were calling for his job.

"I know I'm going to be reminded about the past. Last year we certainly didn't live up to those expectations and that falls on me first and foremost," Kelly said.

Kelly talked change after the USC game and he delivered on that promise introducing seven new assistant coaches including former quarterback Tommy Rees, but Kelly says turning the page goes beyond just coaching.

"Significant, not in terms of just personnel but how we do things on a day-to-day basis and it starts with me," Kelly said.

The team that returns, along with the newcomers, is one of the best in college football according to most experts, despite their record from last season.

As Kelly looks towards the 2017 season and their opener against Temple, he knows the 2016 will linger until the results turn for the better.

"I know there's going to be a ton of talk about that and I get that, that comes with this. It's about excellence, it's about championships and if you fall short of that, it's the slings and arrows of outrageous misfortune, I mean that's what happens," Kelly said.