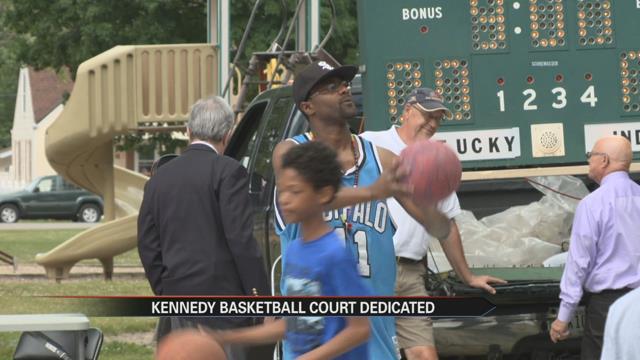 Kids living on South Bend’s northwest side have a new place to play, just in time for the summer.

The Kennedy Park basketball courts were officially dedicated Monday, stemming from an idea from a Washington High School graduate.

“It’s a sense of relief, but a good relief,” said Phillip Williams-Recent, a recent Washington High School graduate. “Finally having this basketball court not only be an idea, and not a conversation amongst meetings, but actually being a physical resource for this community, there’s no greater feeling at this point.”

A new playground and pavilion are also planned for Kennedy Park later this year.