Kerry insists the US didn't pay ransom to Iran 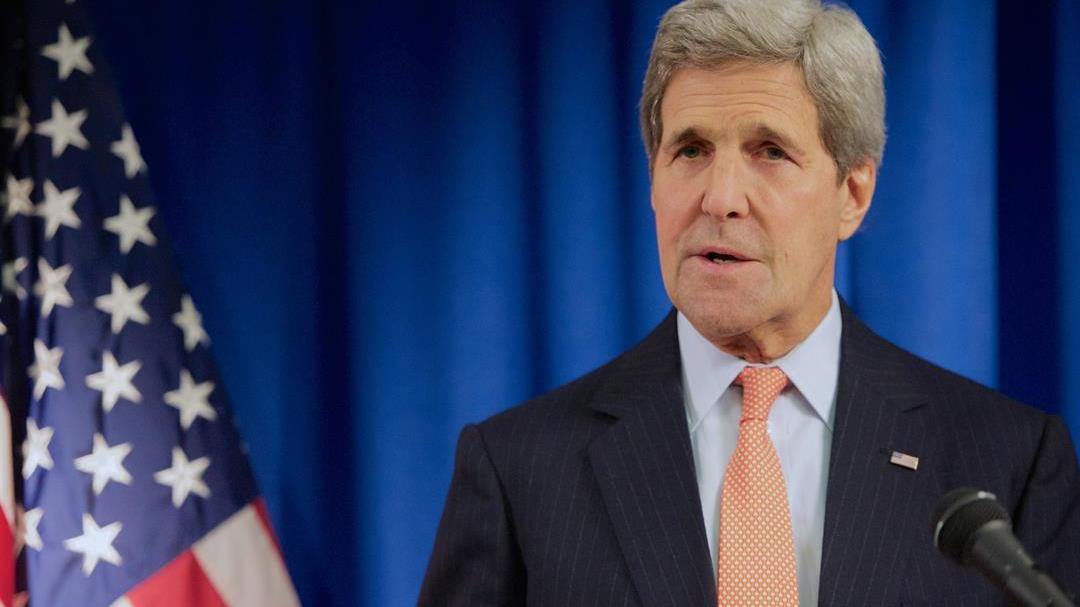 WASHINGTON (CNN) -- Secretary of State John Kerry on Thursday insisted that the United States never pays ransoms for hostages, rejecting accusations that a $400 million payment to Iran was a quid pro quo for the release of American prisoners.

"First of all, the United States of America does not pay ransom and does not negotiate ransoms with any country," Kerry said at a news conference in Argentina. "We never have and we're not doing that now. It is not our policy."

A furor erupted after The Wall Street Journal reported Wednesday on the circumstances and timing of a cash payment to Iran on the same day that the Islamic Republic freed four American prisoners and implemented a landmark nuclear deal in January. A fifth American was released separately.

Two senior US officials told CNN, however, that while there was no "ultimatum" by the Iranians forcing the US to provide the $400 million cash payment in order to free the Americans, there was a general understanding on both sides that those issues -- along with the incipient nuclear deal -- would get wrapped up simultaneously.

Internally, there was an interagency discussion and nobody put their foot down trying to stop it from happening, even though there was an acknowledgment that the optics were problematic. When it became clear that all three issues were close to resolution around the same time, the decision was made to go ahead and do it all at once even so.

Republicans, including presidential nominee Donald Trump, condemned the transaction and have seized on it as a payment of ransom for prisoners that could put other Americans at risk. They also are labeling it an example of irresponsible administration dealings with a rogue power.

"Iran was in big trouble, they had sanctions, they were dying, we took off the sanctions and made this horrible deal and now they're a power," Trump said Wednesday in Daytona Beach, Florida.

Asked whether the Americans would have been released without the cash payment, one official said, "it is unknowable."

The money was flown to Iran on a plane carrying wooden pallets stacked with Swiss francs, euros and other currencies. The payment was made with President Barack Obama's approval as the first tranche of a $1.7 billion settlement resolving claims at an international tribunal at The Hague. The claims related to a failed arms deal under the time of the Shah Mohammad Reza Shah Pahlavi in which the US was left with Iranian funds when he was toppled by the Islamic Revolution in 1979 and the two countries cut ties.

Kerry tried to tamp down the uproar Thursday, saying, "This is not a new story. It doesn't represent anything the American people weren't told by the President and by the administration."

Obama himself is likely to face a grilling on the Iran story during a news conference at the Pentagon later on Thursday.

The Obama administration has admitted the circumstances of the payment do not look good but insists it was part of a complicated set of diplomatic maneuvers that were separate but came to fruition at the same time.

"We were aware ... of the optics ... (which is) one of the reasons we tried to address it up front," said State Department spokesman Mark Toner on Wednesday.

"The President spoke to this settlement, Secretary Kerry spoke to the settlement at the time and tried to say, 'Look, guys, I know (what) it looks like, but there's no there there,' " he said. "And so we've always been aware of it, but that didn't keep us from, frankly, sealing a deal that saved the American taxpayers a considerable sum of money."

Iran had been seeking more than $10 billion in arbitration.

Although the administration announced in January that it would pay $1.7 billion to Iran, it did not disclose the cloak-and-dagger style of the payments. The Journal report detailing the episode on Wednesday reopened the controversy over the administration's approach to Iran, including the nuclear deal, which Republicans vigorously oppose.

The White House argued on Wednesday that the fact Republicans are seizing on the cash story is proof that they are struggling to maintain their opposition to the historic nuclear agreement itself.

Officials also said the cash was delivered in such an unorthodox manner because Iran was still isolated from the international financial system owing to international sanctions.