Kidnapping survivor: 'He cannot destroy who I am, and I won' 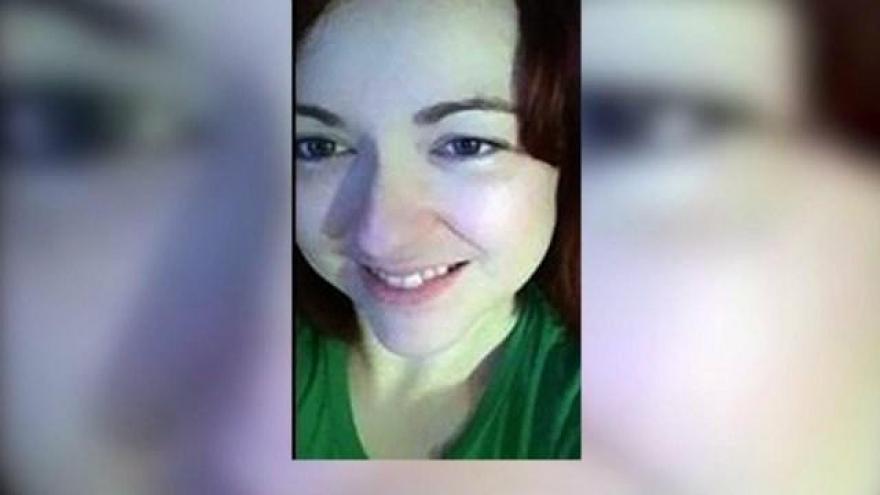 (CNN) -- The woman held captive on a South Carolina farm said she prayed often while chained inside a metal container and refused to lose hope she would be freed.

Kala Brown, of Anderson, South Carolina, said the captivity started after Todd Kohlhepp shot her boyfriend on August 31 when the couple went to do work on his farm. Brown was kept in the dark container for two months before authorities rescued her. Kohlhepp was charged with kidnapping Brown and in the death of Brown's boyfriend, Charles Carver, 32.

Brown shared the story of her ordeal at the hands of the accused serial killer in an interview on "Dr. Phil" on Tuesday. The interview marks the first time she has spoken publicly.

Brown, 31, said she lay on the floor of the storage container mostly in darkness or lit by a small lantern. And she says she developed a strategy to stay alive by playing along with her captor. A month into her ordeal, she became braver, confrontational at times, believing she was more valuable alive than dead to Kohlhepp, who harbored fantasies of living with her on the farm.

She survived because she said her boyfriend, who police said Kohlhepp fatally shoot, would have wanted her to live.

"He tried to crush me but I'm not broken," Brown said of her captor.

"We will not do anything that could potentially jeopardize a successful prosecution," a Sheriff's spokesman said in an email.

Brown has sued Kohlhepp, 45, who was a well-known real estate agent in the Spartanburg, South Carolina area. The civil suit, which seeks unspecified damages, claims she "suffered severe emotional distress and other injuries" after being held captive.

Two days after authorities rescued Brown, Kohlhepp, who initially refused to cooperate, took investigators back to the farm and led them to Carver's body. Kohlhepp also led authorities to two other bodies -- those of Johnny Joe Coxie, 29, and his wife, Meagan Leigh McCraw Coxie, 25 -- buried on the farm.

The couple was reported missing the previous December by Meagan Coxie's mother, according to the Spartanburg County Sheriff's Office.

Kohlhepp also confessed to a 2003 quadruple homicide at a motorcycle shop in Chesnee, about 15 miles north of Spartanburg, according to authorities.

He has been charged with the seven killings, according to court papers.

Kohlhepp is a registered sex offender. As a teenager living in Tempe, Arizona, when he was accused of holding a 14-year-old girl at gunpoint and sexually assaulting her in 1987. Originally, he was charged with kidnapping, sexual assault and committing a dangerous crime against children. The other charges were dropped after he pleaded guilty to kidnapping and was sentenced to 15 years in prison, according to court records obtained by CNN affiliates KPHO and KTVK.

'We're going to find her'

Brown and Carver went missing on August 31, the day they followed Kohlhepp to his 95-acre farm near Woodruff, South Carolina, about 17 miles south of Spartanburg. Brown, who had cleaned Kohlhepp's real estate listings properties went to work on Kohlhepp's farm.

She brought Carver along and Kohlhepp asked them to do yard work.

Anderson, South Carolina Police, Det. Charlynn Ezell said Brown's dog was found in her apartment with no food or water. And most of the couple's personal belongings were left behind.

a container that was about 30 feet long and 15 feet wide.

Kohlhepp took her out of the container twice a day for about 30 to 45 minutes, Brown said. He kept her in an apartment above the garage, where she was allowed to change clothes he brought her and bathe with a bucket of water, she said.

She said he talked about building a life with her.

She didn't say anything in return when he talked at first, she said.

He told her about Stockholm syndrome -- psychological phenomenon in which kidnap victims come to identify with their captors -- and said "it would kick in and we would be happy together."

'Nothing but a serial killer'

Brown claimed Kohlhepp shared wild stories, like one that claimed "the government used him to kill people" in other countries while he was in prison, she said. He claimed to have killed almost 100 people, she said.

Slowly, Brown said she became braver, even calling him a "coward" at times.

"I told him he was nothing but a serial killer, and he would pay for what he did," she said.

At one point, McGraw said her strategy was working. "You were actually gaining some control," he said.

"He didn't want to kill me, he wanted to keep me," she said.

Through the ordeal, she said she never thought of taking her life. Neither Carver nor her family would have wanted that.

On November 3, the Spartanburg Sheriff's Office went to Kohlhepp's farm to search for Brown after the last ping from her cell phone came from the property.

The sheriff's office had a warrant to search every building, said Det. Bradley Whitfield of the Anderson police. They searched the metal storage container last.

But the cutters didn't' work, so authorities used sledge hammers to break the locks.

Brown could clearly hear the noise and voices, too from inside the container.

"I started screaming and hitting the walls," she said.

Whitfield said he heard the pounding and knew someone was inside. So did Spartanburg County Sheriff Chuck Wright.

"I said 'get that lady out. I don't care what you have to do," Wright said.

Brown breathed a sigh of relief when she saw the police uniforms.

"I was crying and they were holding me, and the sheriff prayed with me," she said.

McGraw asked her what would she say to Kohlhepp now that she's free.

"He cannot destroy who I am, and I won," she said.