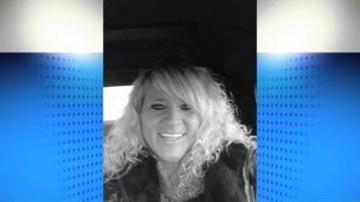 When police were closing in on Gary, he turned the gun on himself. He is in the hospital in critical condition.

Sandra Hodges learned of her sister's death when a state trooper sat her down and told her the news.

"I tried to run away and my husband stopped me. I had sit and listen," said Hodges.

She said Gary and Kimberly separated years ago and the only reason Kimberly went to the house on Friday was because Gary claimed he needed her to take him to the hospital.

"He had a lot of rage. Very jealous, very possessive. He acted like he couldn't go on with life without her," said Hodges.

Hodges lived next door to Kimberly and Gary for years.

"They went through their break up here and it was pretty ugly. He lied a lot and she just believed everything that he said," said Hodges.

The cause of Kimberly's death has not been released.