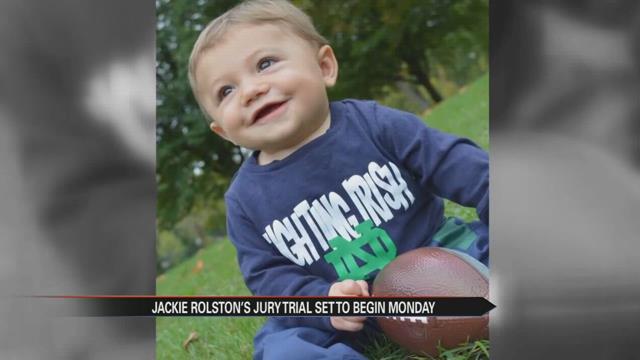 It's been two years since 19-month-old Kirk Coleman died, and Jackie Rolston is set to head to court Monday morning.

The jury has been postponed three times since prosecutors say Rolston was responsible for Coleman's death.

According to the probable cause affidavit, Rolston had called 911 to report that the child she was taking care of, was unresponsive after choking on food. When paramedics arrived, they found Coleman unresponsive, but could not find any blockages in his mouth.

He later died in the hospital.

The autopsy concluded that the child died from a blunt force trauma to the head.

In 2006, Rolston was charged with battery upon a child and neglect of a dependent. The battery charges were dismissed, but Coleman's parents are determined to make sure something like this never happens to any child again.

The family has advocated for some changes in legislation. At the end of March 2016, Governor Mike Pence signed "Kirk's Law," which went into affect July 1st.

The law requires a state registry of people convicted of child abuse, and made available to the public.

Governor Pence at the time of the signing said, he hoped the registry would make sure that no child is left with someone who may harm them.

Michigan is looking into instituting similar changes. "Wyatt's Law" would also require a child abuse registry in the state.