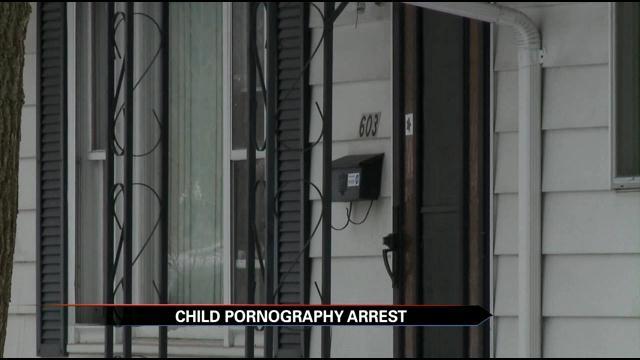 Knox Police were investigating the disappearance of two juveniles on Sunday when they discovered there was more to the story. The boys were found at the house of a man who allegedly possessed child pornography.

The two juveniles were found at the home of 67-year old Robert Wisilinski.

Officers are urging parents to come forward if they believe their child is also a victim.

Simoni has been working at a real estate office on Heaton Street in Knox for 20 years.

“I would see him on and off. He would ride his moped, he didn't have a license,” said Simoni.

The neighborhood knows him as “Moped Bob.”

He owns two houses in Knox; one next to Simoni's real estate office and the other on Benton Street.

What neighbors did not know was the activity investigators say was happening behind closed doors.

“Right next door, I didn't know anything about it,” said Simoni.

Sunday, police got a call that a 13-year-old and an 11-year-old were missing.

They were found at Moped Bob's house.

“Our officers located one of the juveniles on his way home, and learned of the whereabouts of the second juvenile,” said Dave Combs, a detective on the Knox City Police Department.

Combs said the boy was assaulted.

“After speaking to the juvenile that he had been sexually assaulted,” said Combs.

A probable cause affidavit explains the allegations against Wisilinski.

The document says Wisilinski performed sexual acts on one of the boys and even tried to force the boy to do the same.

Police say Wisilinski then touched himself in front of the boy.

“If there are parents out there who recognize this man, and have any suspicions that their children may have been around this man at all,” said Nicholas Bourff, the Starke County Prosecuting Attorney.