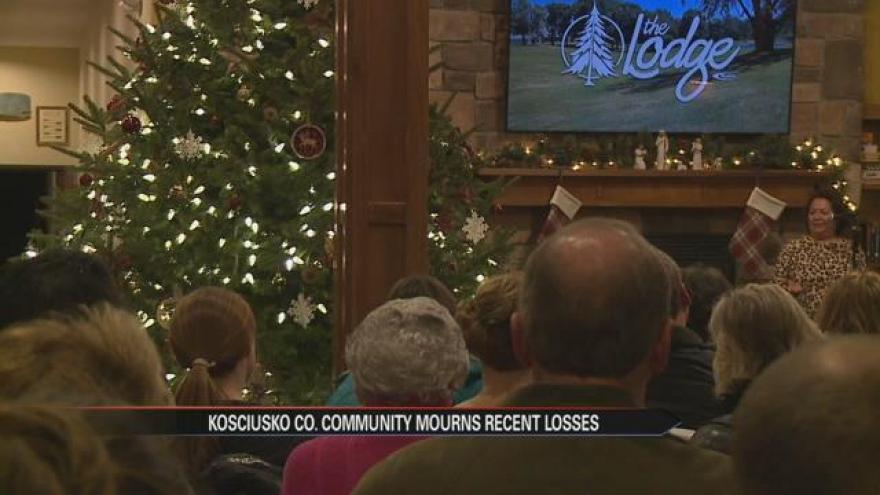 On Thursday night the community gathered to show love and support to each other in the wake of five recent deaths effecting Kosciusko County.

Most recently, 32- year-old Stephen Conrad and his mom Kim Conrad were killed in a head on collision on Christmas Day.

“She felt what was on your heart and she lived with you in that moment. And you know I say that she did all these special things for me but my stories are not unique to me, she did special things for everybody that who Kim was,” said friend Kristina Long.

“That loss alone was great and we were grieving for our kids and for our families and then the tragedy on Christmas night, it just broke. It was a tragedy, we knew that hearts were breaking,” said Shaila Swartz.

Swartz runs The Lodge in Syracuse and offered up the space for the community to hold the service.

The community also paid tribute to 18-year-old Anna Barnard who was killed in a car crash in Granger and for Dana Arthur, an employee of the Syracuse Schools.

Barnard and Arthur both died one week before Christmas.