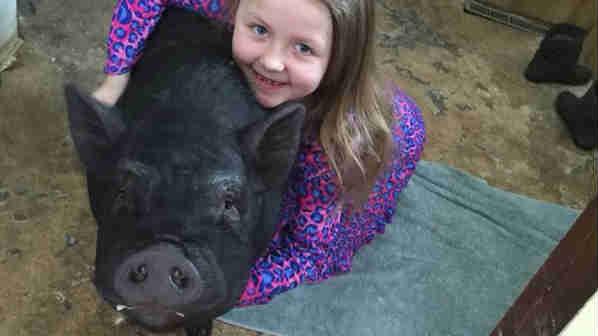 A La Porte County woman says she is heart broken after her family's pet potbellied pig died from being trampled and shot.

After canvasing the area, neighbors found Templeton dead and buried in a nearby farmer's yard.

Police were called to investigate the pig's death. They believe Templeton wandered onto a farmer's property where calves had recently been born.

"We believe at some point Templeton, the potbellied pig, got into their pen. The cows became upset and probably trampled him and severely injured him. The farmer then called a friend who came to put the potbellied pig down. And the farmer buried him because he didn't know who the pig belonged to," said Captain Michael Kellems of the La Porte County Sheriff's Department.

Police say they have sent their report to the La Porte County Prosecutor to see if any criminal charges will be filed, but they say charges are not very likely.