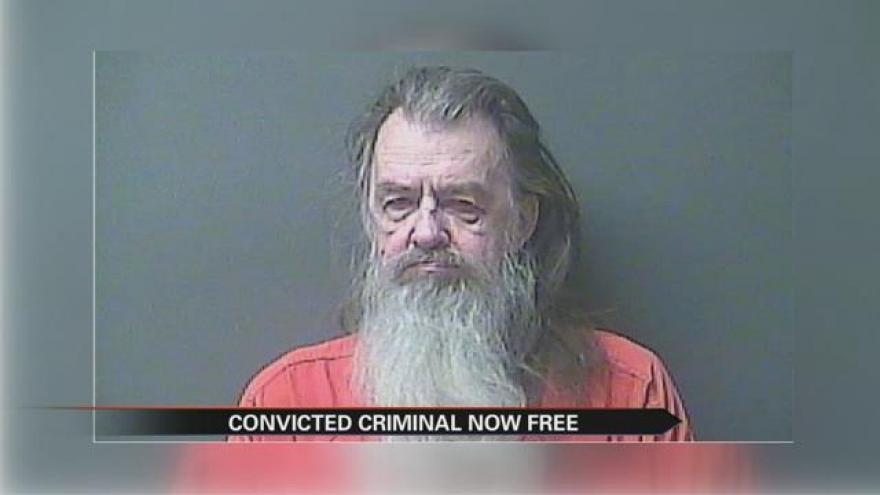 A Michiana community is fearful once again now that a convicted criminal is a free man. Richard Dobeski killed two young children in the 60s. Long Beach Law Enforcement is working through social media to get the word out.

But now the problem is how can Dobeski register as a sexual offender if he has nowhere to go?

“How you do that when you’re homeless is beyond me. There’s no address to associate where he’s registering to that’s the problem,” said Robert Sulkowski, Chief Marshal at the Long Beach Police Department.

Sulkowski says Richard Dobeski was released from La Porte County Jail at 4:30 Monday evening. According to Sulkowski, Dobeski told officers where he planned to head next.

“He was going to head south of Indianapolis.  The people of Indianapolis have been notified, who knows where he is or where he’s going,” said Sulkowski.

Dobeski killed two children from Long Beach, Indiana in 1964. For those two crimes he served 40 years and was then released. “He wasn’t on probation, he wasn’t on parole. He wasn’t on anything,” said Sulkowski. In 2008, he committed another crime, this time of child molestation and child exploitation.

“I knew he would re offend. It took him four years to get caught, who knows what happened between those four years,” added Sulkowski.

“I just wanted to get his picture out there. If anyone has seen his picture he’s pretty scary anyway, you don’t want your children around him,” said Sulkowski.

A Long Beach family preferred to remain anonymous, but the father tells ABC57 it certainly shakes him given the crimes Dobeski committed.

“Certainly the man has a track record and there’s a deep concern that he might revert to his prior actions and as a parent that makes me very concerned. I don’t understand how that kind of a crime can ever be repaid,” said the father.

This father says he feels safe with the kind of support and outreach Long Beach PD has offered the community, but nonetheless he knows to be on the lookout.

“When you’re talking about the most vulnerable citizens, which are our children one needs to be extra vigilant, so we’re a very tight community. We watch what’s going on here,” he added.

The Chief says he doesn’t think Dobeski will come back to Long Beach because he knows he’s being watched.