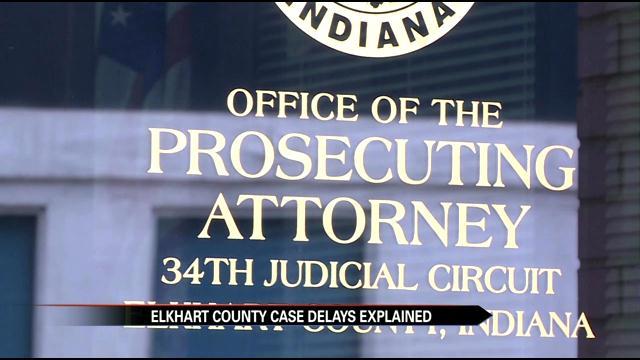 An accused child molester will soon face trial, but it took more than one year for the Elkhart County Prosecutor's Office to issue an arrest warrant.

ABC57 news learned that between 2012 and 2013 several deputy prosecutors left the Elkhart County Prosecutors Office, citing pay as an issue.

“Anytime we have delays outside of the normal. That's problematic,” said Elkhart County Prosecutor Curtis Hill.

Hill said each case is important to his office, especially when children are victims of heinous crimes.

So one may wonder why it took the prosecutor's office more than a year to issue an arrest for Jason Penninger.

Penninger is accused of molesting his former girlfriend's 5-year-old daughter back in 2013.

“The amount of years that we lost at the point represented about 43 years of prosecutor experience. And when we then got new people coming in. we didn't necessarily get that amount of experience back,” Hill explained.

Six of the eight veteran deputy prosecutors cited pay as a reason for their departure.

And in the midst of it all the Elkhart County Council withheld a pay increase for employees.

“Basically, every year we try to balance the budget with less and less money,” Letherman said.

He said the extra money coming in from this year's local option income tax first must go to the Elkhart County Sheriff's Department, where salaries are $10,000 - $15,000 less than neighboring counties.

Letherman said flat lining the budget these last five years has not worked.

“After five years our employees aren't making as much money as the employees that were getting raises the whole time. So we want to try and correct that for everybody, not just the prosecutor's office,” he said.