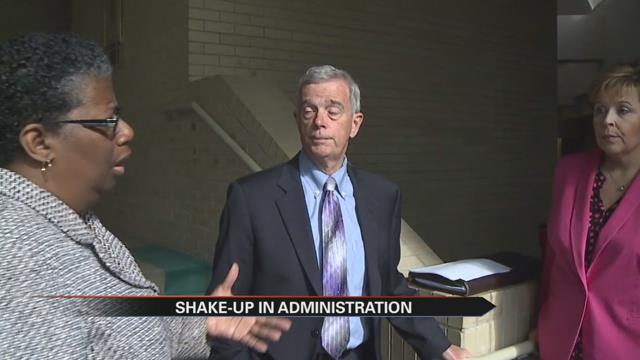 It's been a tumultuous time at Lake Michigan College. Just last week they terminated their recently hired president Dr. Jennifer Spielvogel on just cause. Now it's back to the drawing board as the search is on for a replacement.

There's no current time table to replace Spielvogel. But they say they do have a candidate already in mind. Someone who almost beat her out for the job less than six months ago.

"He's a great individual and honestly if we had two positions we would have offered him the position as well," said Mary Jo Tomasini, board president for Lake Michigan College.

That doesn't mean the job his already his. But it does make the vetting process a little less daunting.

In the mean time, LMC has decided to put a man in the interim who knows the job well: former president Dr. Bob Harrison, who lead the charge for 16 years. But he doesn't plan on staying long. Just to help transition.

Despite the unexpected departure of Spielvogel, LMC's projects have not stalled.

The board is still in the exploratory process with hiring, so they aren't yet sure of how much this will cost. But they do hope for a quick resolution.