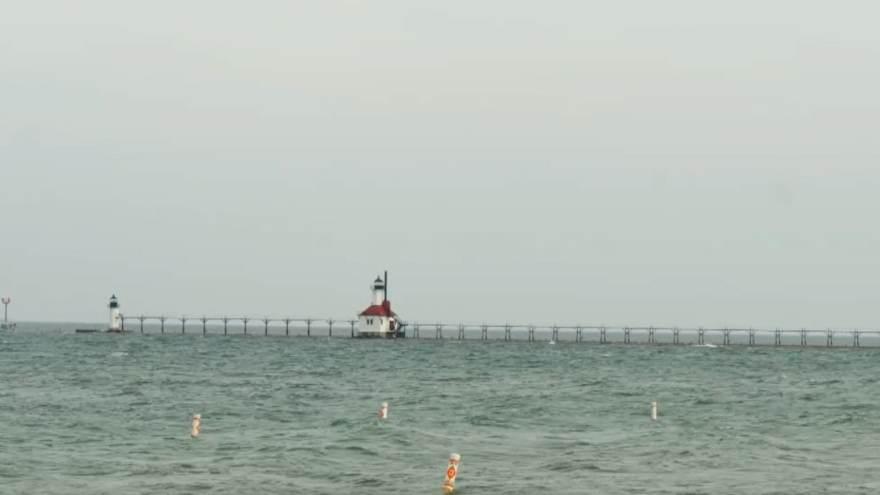 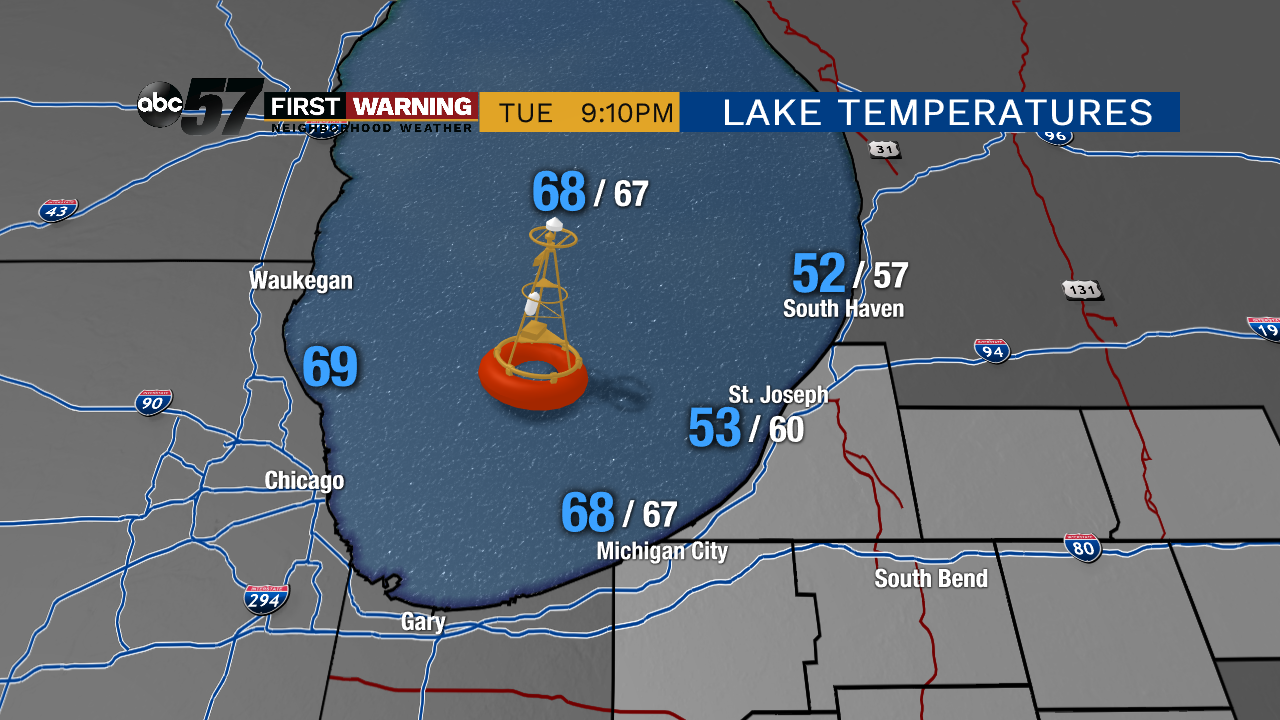 Water temperatures as of 9:10 p.m. Tuesday, July 23rd.
The water temps from New Buffalo to South Haven to Grand Haven got so cold that hypothermia and cold shock could occur in a matter of minutes.

But why did the lake get so cold after being warm over the weekend? 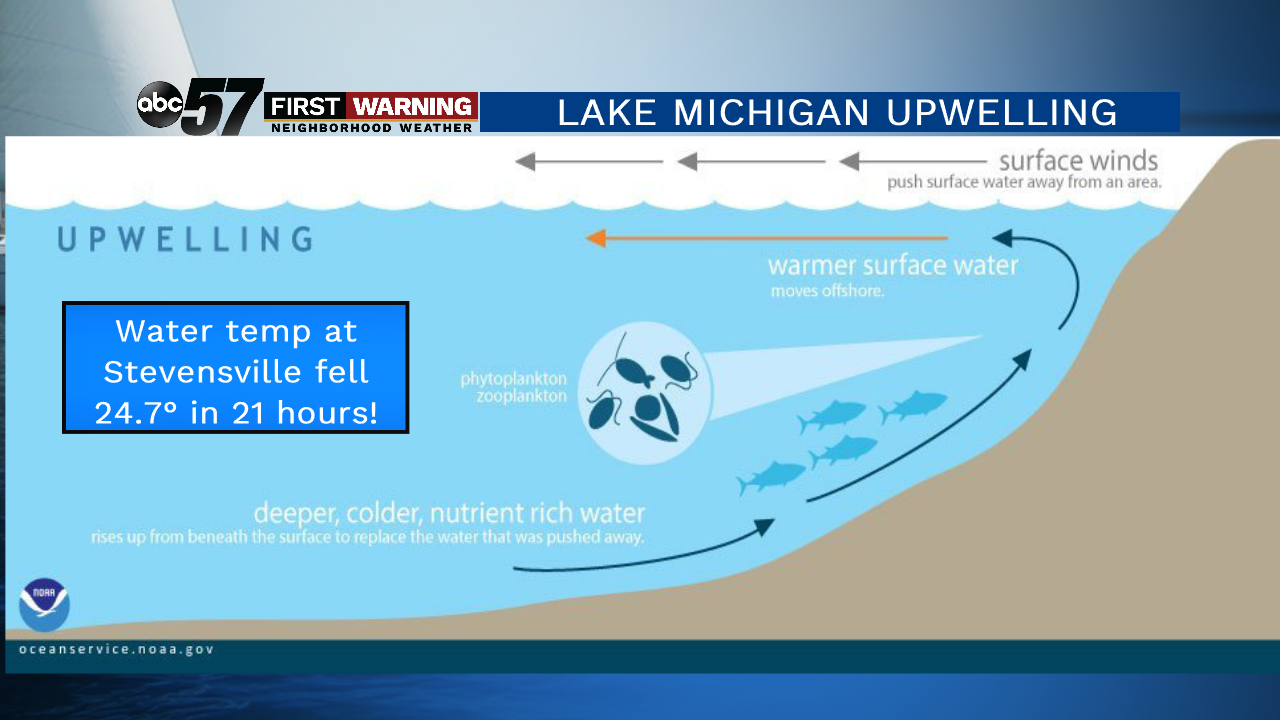 Upwelling is the process that caused the water temps to drop. NOAA
Well, thanks to Monday's large waves and strong northerly winds, a process called "upwelling" was able to occur. Essentially, the warm lake water at the surface was pushed away from the shore, allowing the much colder water beneath the surface to replace it. 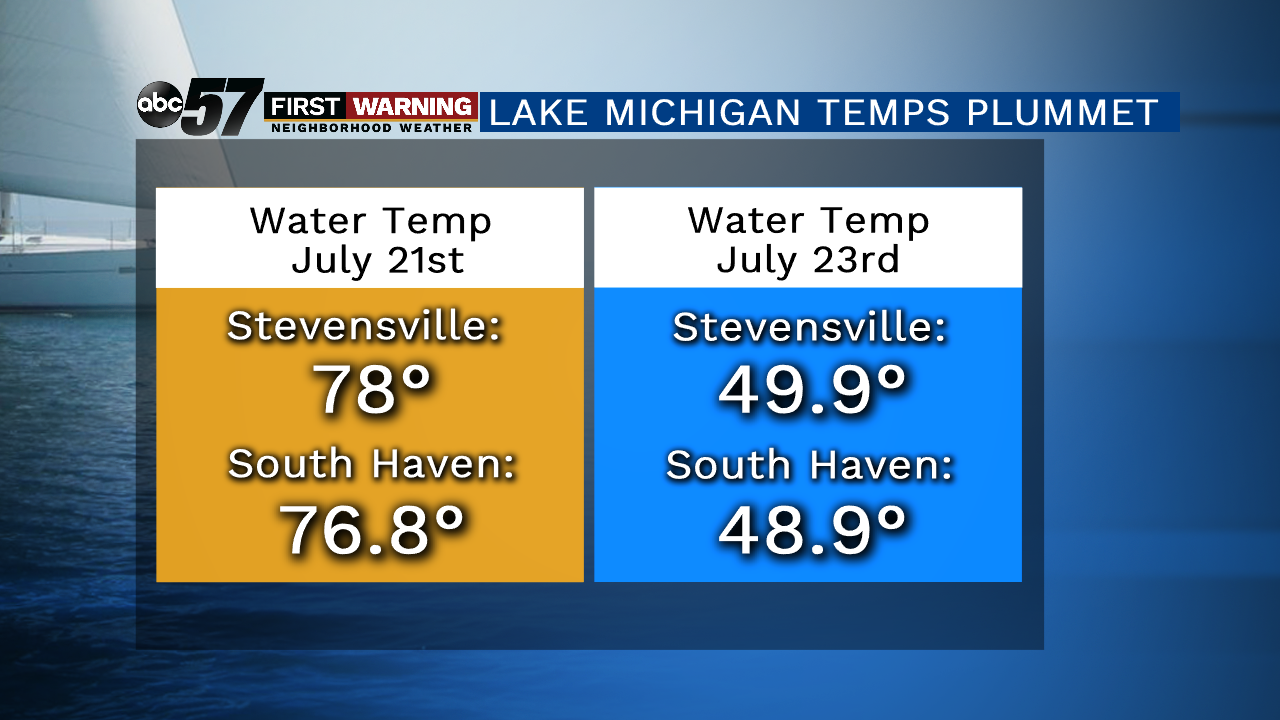 In fact, water temperatures at the buoys off the coast of Stevensville, South Haven and Grand Haven all plummeted into the 40s by Tuesday morning. Each location had water temps well into the 70s just over a day prior.

That kind of cold is extremely dangerous and can become life-threatening in a short duration of time. 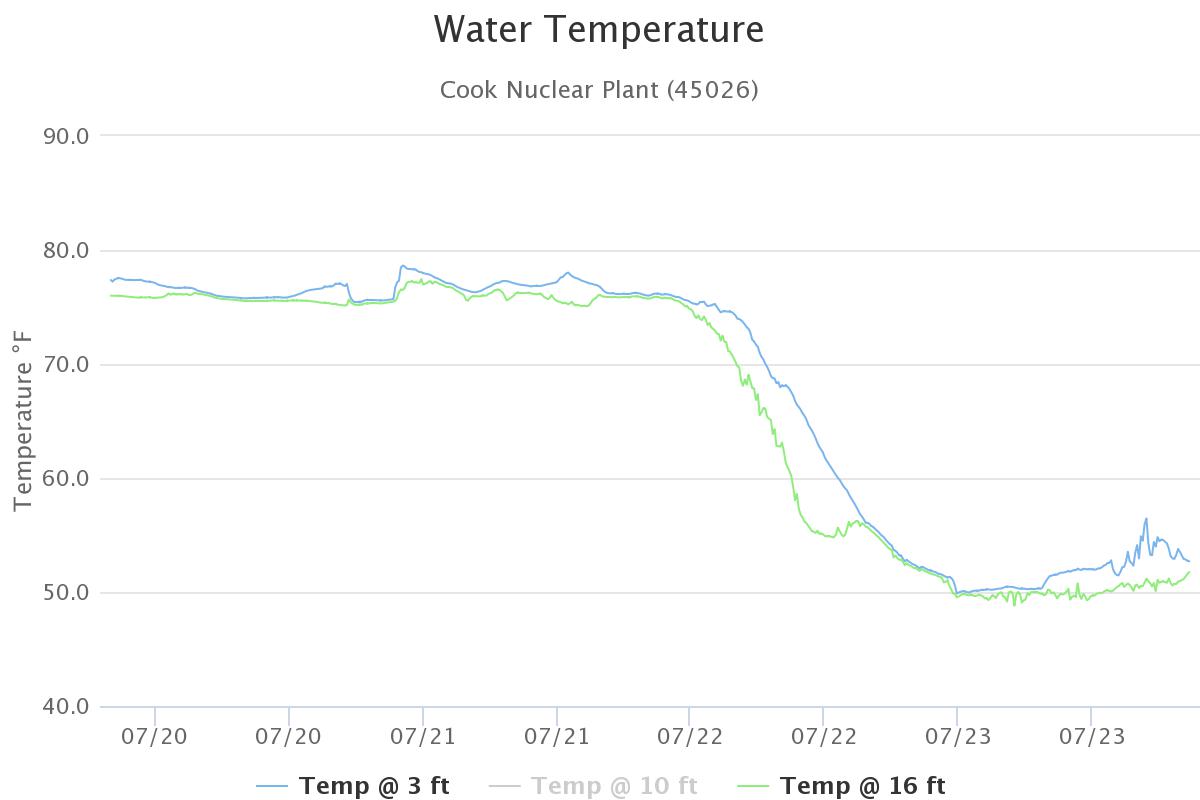 Not every beach was affected equally either. For example, the water temperature in Michigan City bottomed out at 61° early Tuesday morning before rising back to 68° by the evening.

So if you want to venture to Lake Michigan for a swim, it may be a good idea to wait until the weekend so lake temperatures can recover enough to make it tolerable!