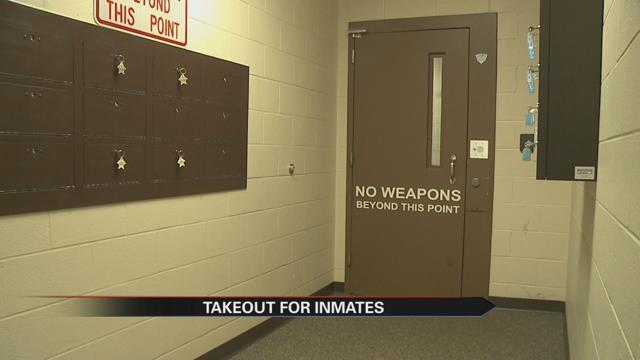 Inmates at LaPorte County Jail could soon have a little taste of freedom.

The jail is considering offering takeout food to inmates, a move that could also help local restaurants.

It would be a once-a-month treat for inmates with good behavior.

T-Berry's smashburger could satisfy a small army, and this family-owned business hopes to do so soon.

“The opportunity to feed 300 or more people in one afternoon is perfect,” said Dan Thornberry, co-owner of T-Berry's.

But this lunch rush of customers won't actually step inside this restaurant.

They'll be locked up inside Laporte County Jail.

“Inmates can order through their commissary, and they can order say, cheeseburgers, pizza, chicken nuggets, that type of thing,” said Sheriff John Boyd.

But security concerns have pushed back this program.

“We are very cognizant of the packaging it will come in, we want to cut down on any contraband that would be coming in,” said Boyd.

The program would mirror the much larger Westville Correction Facility's service to its 3,000 inmate population.

A smaller population means more of a small town menu.

“The LaPorte County Jail, because of its smaller size, it also has the opportunity to use more local vendors where it isn't necessarily just a chain, so that money comes directly back into that community," said John Schrader, Westville Public Information Officer.

And T-Berry's is one of those restaurants being considered.

“Anytime we get to feed a mouth that's the whole idea of having a restaurant anyway," said co-owner David Thornberry.

One more mouth good for a whole community.

“Not only us, the other local businesses will be taking part in this, it's good for all of us," said Dan

The jail has resumed talks with business on the program but no word yet when it will come to fruition.
Share this article: