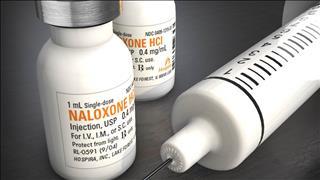 Over the weekend, the LaPorte Police Department had its first successful field use of a medication used to stop opiate overdoses.

On Sunday night, officers found a 30-year-old woman in her home on the 1000 block of Madison Street who had apparently overdosed on heroin.

According to officers, she was unconscious and her lips were blue.

Officers administered the drug naloxone to the woman, and within seconds, she opened her eyes.

Just a few weeks ago, officers with LaPorte Police started carrying the drug thanks to a donation from IU Health LaPorte Hospital.