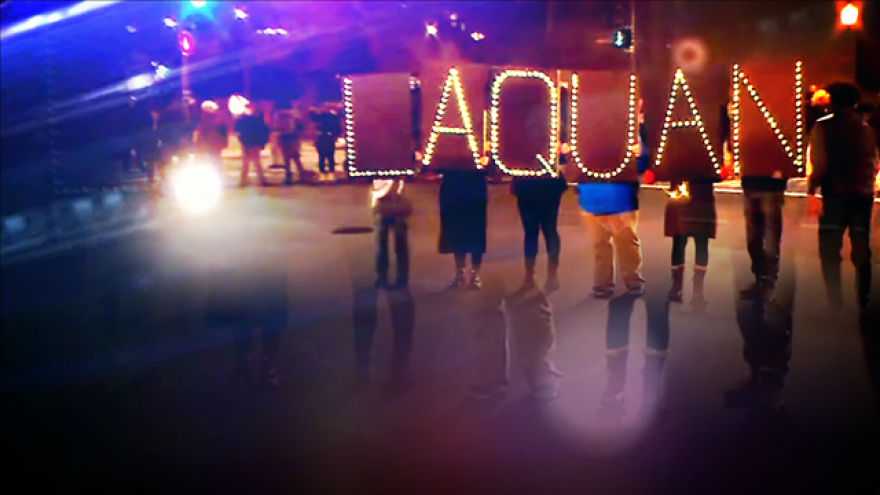 (CNN) -- Chicago Police Officer Jason Van Dyke has been indicted on 16 new criminal charges on top of the six counts of first-degree murder he faces in the fatal 2014 shooting of teenager Laquan McDonald, prosecutors said Thursday.

Van Dyke, the first Chicago officer charged with first-degree murder since 1980, faces an additional 16 counts of aggravated battery with a firearm, with the new charges apparently corresponding to each shot he fired at McDonald.

He pleaded not guilty through his attorney, Dan Herbert, during a hearing in Cook County on Thursday. Van Dyke's next court appearance will be April 20.

Dashcam video of the shooting contradicted nearly everything police said happened the night McDonald died in October 2014. It showed McDonald walking away from police as he held a 4-inch knife, not lunging toward officers, as police had said.

Van Dyke jumped out of his vehicle and pulled his gun, firing at McDonald six seconds after arriving on the scene.

The video appears to show McDonald's body getting hit by bullets even after he was on the ground. All 16 bullets struck McDonald, 17.

Van Dyke said he opened fire after McDonald lunged at him, "swinging the knife in an aggressive, exaggerated manner," and ignored the officer's orders to drop the knife. He said McDonald continued to grasp the knife, pointing it at Van Dyke as tried to get up from the ground.

His partner and four other officers allegedly backed up his account, saying McDonald refused officers' orders and continued to advance toward them while waving the knife.

It took 400 days to release the dashcam video to the public. After the city's objections, a judge ordered the release in November 2015.

In addition to the six counts of first-degree murder, Van Dyke is charged with one count of official misconduct.

The shooting led to reforms and fueled a national conversation about police use of deadly force.