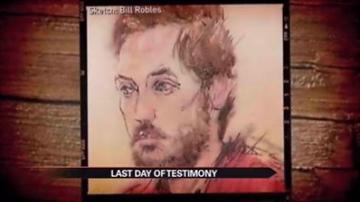 Wednesday, was the last day of testimony in the preliminary hearing to determine whether James Holmes should stand trial.

Victims relatives say the evidence presented during the 3-day-hearing clearly show the victims were killed by a man who knew what he was doing.

"I don't think he is mentally ill. You had that time to plan it, write it,  talk about it. No you're not mentally ill,"  said Chantel Blunk whose husband was killed in the shooting.

Prosecutors also showed photos of Holmes dressed in tactical body armor posing with a rifle.  The defense declined to call any witnesses or make a statement to the court.

The judge will now decide whether to proceed with a trial.