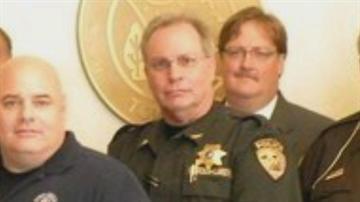 Chairman of the department’s board, Terry Eichler, quickly moved to hold Monday’s special meeting in closed session. Eichler said the move was to keep ABC 57’s cameras out of the meeting.

Dienes didn’t disclose much information about the 10-year chief’s resignation other than that a disagreement occurred between Ruhl and the board last week. He said a minor incident involving Ruhl was to be disciplined and investigated. Ruhl agreed to resign at the meeting.

When asked what the incident was, Dienes responded by saying; “I’m not at liberty to discuss that at this point,” he said. “We were going to look into what had happened and whether or not any further action was necessary and Chief Ruhl just decided to retire.”

Dienes said the incident was not considered criminal but Ruhl was placed on administrative leave. “There was a minor incident that required discipline with Chief Ruhl.”

Ruhl will use sick and vacation days until his official retirement on January 31st.

Members of the police board directed all questions to Dienes.

Ruhl could not be reached for comment Tuesday by phone or at his Baroda home.

When asked if the board was hiding anything Dienes said; “We’re not hiding anything. It’s just it was a minor issue and when (the board) discussed it and discussed investigating it Chief Ruhl just decided to retire.”