Lawyers: Sugarland is not cooperating 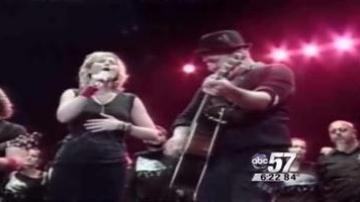 INDIANAPOLIS -- We have new information in the deadly state fair stage collapse.

Sugarland is apparently refusing to give a deposition!

Lawyers said that they have filed requests, but Sugarland's publicists have not responded.

A hearing is scheduled for Friday.