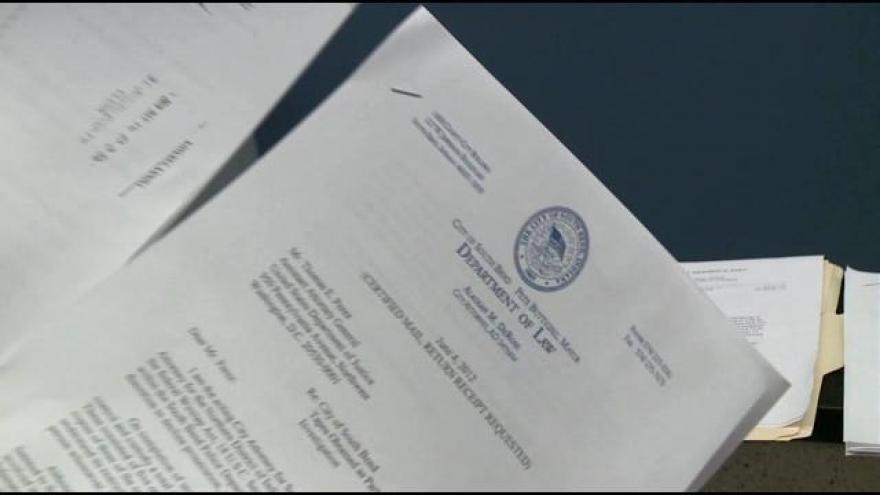 Officers Tim Corbett, Steve Richmond, David Wells and Brian Young filed the lawsuit against Davis Jr, the city of South Bend and the South Bend Common Council in May 2014.

The city and council were dropped from the suit in July 2014.

The plaintiffs already sued the city of South Bend over wiretapping at the South Bend Police Department and won a $500,000 settlement.

The tapes have never been played publicly and are at the center of a lawsuit still working its way through the court system.

In the May 2014 lawsuit, the officers allege Davis either heard the tapes or learned what was on the tapes from another person, then disseminated that information, all contrary to the wire tap act.

After the judgment was announced, Davis said he was relieved.

“From the onset we obviously thought the allegations were frivolous,” said Davis.

He said he was just acting in the best interest of his constituents.

He was shocked when he found out a lawsuit had been filed against him.

“I don't think people would have necessarily understood the amount of stress that I was under, my family was under, those who were around me that love me were under. It's not an easy task, and easy thing being accused of something you know you didn't do,” said Davis.

He is glad it is over so he can focus on his work.

“Working towards a better police community relationship, working towards eradicating some of the poverty we have here, and making sure all of the taxpayers here are getting a benefit,” said Davis.

He said he has not spoken with the officers involved in the suit.

Davis says he is hearing that the officers plan to appeal, but says if he had to do it over again – he would still write the letter to the Department of Justice.