Lightning bolt travels from tree and explodes into home 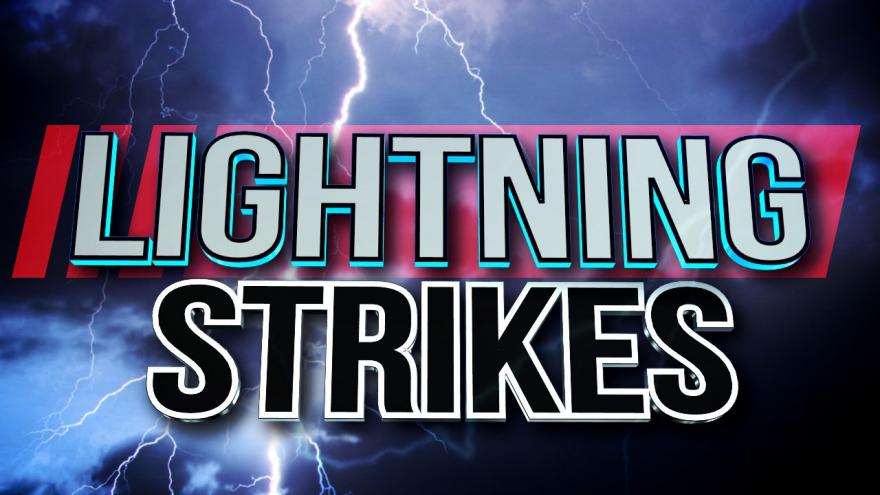 ANTRIM COUNTY, Mi. (WPBN/WGTU) - A lightning bolt hit a tree in Mancelona early this morning, traveled 50-yards through the roots, and exploded through the basement of a family's home.

Mike Stickler and his family just moved to town from Bay City nine days ago and unfortunately now they have some work to do on their home.

Stickler says he was watching TV on his basement couch around midnight when he decided to head upstairs to bed.

About an hour later, he heard an explosion.

"It basically shook the whole house and {I} woke up, and the fire alarms started going off," Stickler said.

Mike could see smoke coming from the basement to the upstairs. He went to see what happened and was met with more smoke and fire.

He put the fire out and then called 911.

According to Chief Ed Sayre of the Mancelona Fire District, lightning struck a tree in the woods, traveled through the roots about 50-yards up and into the backyard of the Stickler's home, hit the house, ran down the electrical system to the basement and then exploded through.

"In all the 34 years, I've never seen lightning strike where it went through the roots and into a house like that," Sayre said.

Stickler says the impact shook the house hard enough to knock things off the walls upstairs.

"I thought it was a gas explosion," he said.

The explosion sent concrete from the home's foundation flying across the room, pushed furniture into different places, knocked out ceiling tiles, and took out the electricity.

Chief Sayre says Stickler is lucky he was upstairs at the time.

"He would have been hurt really bad," Sayre said.

Stickler says he usually falls asleep on the couch while watching TV.

Stickler says he's just thankful he was the only one home.

"I'm glad none of my family was here and no one got hurt," Stickler said.

"I would say this was an act of God, as far as that goes," Sayre said. "As far as things like this happening, an act of nature."