Limo driver says there was little he could do 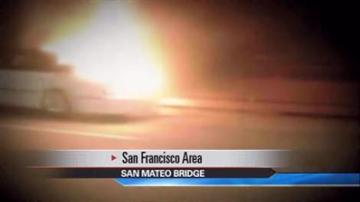 SAN MATEO, Calif. — The driver of a limo that caught fire in California says one of the passengers knocked on the partition window.

Seconds later, he says the '99 Lincoln Towncar went up in flames.

One of the survivors said she screamed to tell him to stop. Once they did, two other cars stopped to help.

"I don't know what we could've done differently to save them," said limo driver Orville Brown.

Five women died, but four made it out.

The group of nurses was celebrating the recent wedding of one of the victims.