Lincolnway West closed down due to house fire 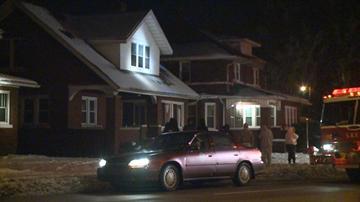 SOUTH BEND, Ind. -- Investigators are looking into what caused a South Bend home to suddenly go up in flames late Thursday night.

Part of Lincolnway West was closed down for close to an hour after firefighters were called to 2122 Lincolnway West just after 10 p.m. Neighbors say they saw heavy smoke coming from the house and called 911.

When firefighters got to the house there was not a lot of damage to the outside of the house, but rather on the inside.

"Just basically a one room fire. Crews got here quick and got a good hit on it. Our response time was really good. There was quite a bit of smoke damage on the inside, but we got the fire knocked out," said South Bend Battalion Chief Nick Teckler.

No one was hurt in the fire and the family was not home at the time it started. Right now, investigators still do not know what caused the fire.