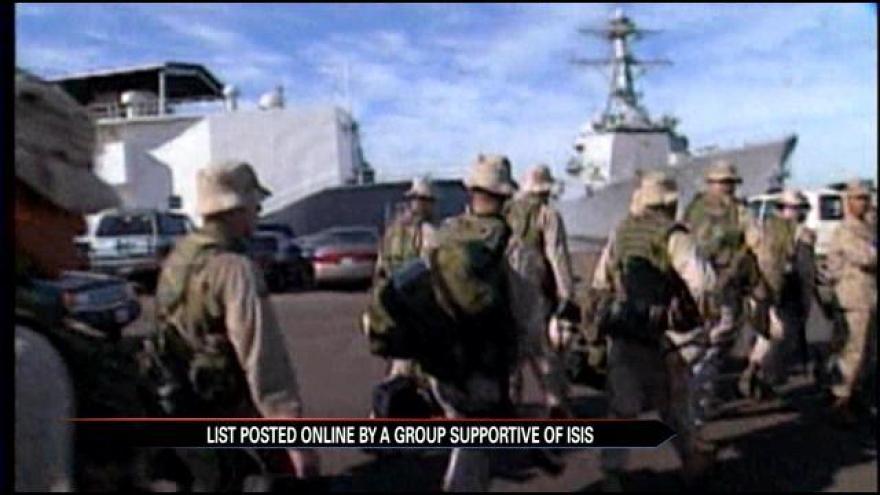 The military is urging vigilance after a chilling list was posted online by a group supportive of ISIS.

It calls for attacks on U.S. service men and women and details exactly where they could be found, including their personal addresses.

100 men and women from the Army, Navy, Air Force and Marines appear on what some call a "hit list".

The group is a so-called Islamic State Hacking Division and is calling on sympathizers to kill people on the list in retaliation against those the group claims have attacked ISIS targets in places like Syria and Iraq.

"I worry the increasing sophistication by the Islamic Terrorist Organizations to manipulate social media to their own ends is a very worrying trend," says Ret. General Carter Ham.

The military says they're notifying those on that list.

They warn the men and women as well as their respective families to check their online footprints for any alarming clues.