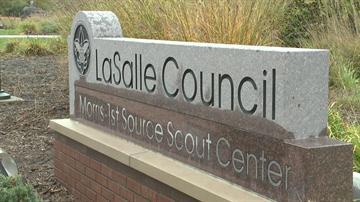 SOUTH BEND, Ind. – More local cases in the Boy Scout “perversion files” released this week were made available on Friday, the confidential records dating back to the 1960’s detail how Michiana scout leaders kept track of volunteers suspected of sexually abusing scouts.

The cases ABC 57 looked through on Friday show how scout officials dealt with leaders from Michigan City to South Bend to Benton Harbor who were found to have criminal records involving sexual offenses or were accused of abuse by scouts.  The National Council of the Boy Scouts has come under fire since the release of the over 14,000 files that show incidents across the country may have been swept under the rug and not reported to police.

"One case is too many and the good news, I guess, out of it is that we continue to get stronger and stronger in our youth protection and are a leader in the United States today among youth agencies,” explained Patrick Bridges, Scout Executive of the LaSalle Council which is Michiana’s scouting organization.  “We're probably the best in youth protection."

Bridges said that local officials were disturbed by the case files but also relieved that the controversial documents were made public because they believed that would allow the scouts to move forward.

“I think these files still provided a valuable asset in keeping people out that shouldn’t be in the program,” Bridges described.  “Unfortunately too many cases slipped through the cracks or we didn’t get and I’m saddened by that and our resolve is to make sure that doesn’t happen again.”

A positive side to the release of the files, Bridges explained, is that they show how far the scouts have come in protecting the kids in the program.  In the LaSalle Council their 2,100 volunteers are subject to rigorous background checks, leaders and their 8,000 scouts go through abuse prevention training and technology provides faster response to incidents.

"We continue to fine tune that, get better on that and all the events are open to parents so there's no secrecy," he described.  “I think it’s not only a lesson for the Boy Scouts of America that we’ve taken to heart, but hopefully other agencies and other organizations are doing the same.”

Though Bridges said the scandal has given the scouts a “black eye,” he was confident the scouts could move on.

"That long-term history from way back is sad and we learned things from it and we're moving forward,” he explained.  “We're doing a lot of great things for our youth and we should be thankful for what scouting does."

As far as whether the release of the “perversion files” would affect enrollment, Bridges said he thought people would understand that the cases where very old and claimed they don’t reflect on how the organization protects children today.