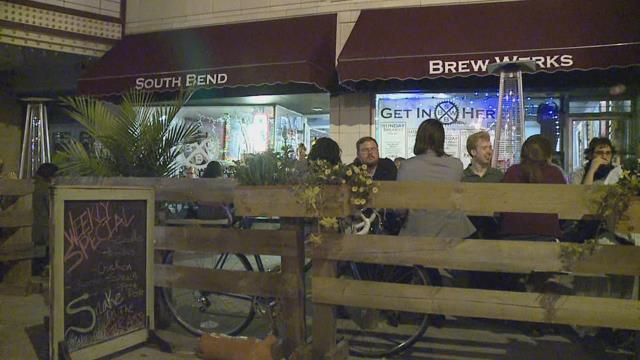 South Bend Mayor Pete Buttigieg is working with the Environmental Protection Agency on a program to prevent food waste by diverting that food to the people who need it most.

At an event Thursday at Ivy Tech Community College Mayor Buttigieg, the EPA, and local businesses discussed the Food Recovery Program and their efforts to combat food insecurity.

For Andrew Elegante, manager of the South Bend Brew Werks, practicing sustainability could seem like a strictly business decision. But to him, it’s more than just cutting costs.

“Even if it’s not saving us money it’s something that I would want to do just personally,” said Elegante.

Elegante’s drive to live efficiently began when he was young through his parents.

Spending his college years at Notre Dame and a semester volunteering in South Africa ignited a passion in him to take what wasn’t eaten and give it to those who need it most.

“You just really start to understand the problem at a greater depth. You develop this personal connection with somebody. It just becomes something that you want to do because of a person that you are familiar with versus just an idea,” said Elegante.

According to Susan Hedman, the EPA Region 5 Administrator, one in six Americans are food insecure, meaning they don’t know where their next meal will come from.

For children in Indiana, that number is one in five.

“Americans throw out one third of the food they grow, harvest, and buy,” said Hedman.

For Mayor Buttigieg the answer was simple.

“So many things that reflect what South Bend is best at have to do with reusing what we’ve got,” said Mayor Buttigieg.

So he’s serving up the EPA’s food recovery challenge to local restaurants.

With a goal of “building a stronger community, one brew at a time,” South Bend Brew Werks was the perfect fit for the program.

“We want to live in a city that is vibrant, that is sustainable, that is healthy. I see participating in food waste reduction was an integral part of that, of being the change that I want to see,” said Elegante.

Brewing around three times a week and using around 150 pounds of grain for each recipe, the company stirs up sustainability and generosity by donating their leftovers to local farmers.