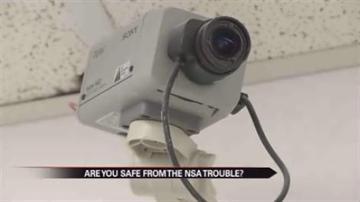 MISHAWAKA, Ind. -- Michiana's data is just as easily breached as anyone else's. We talked with a local computer expert to get his take on the NSA leaks.

For Joe Canarecci, technology comes at a cost.

It's a delicate balance between privacy, security and convenience, and sometimes, those are not always equal.

With the spotlight on leaks at the National Security Agency, there's a growing concern over what's being shared. Computer technicians in Mishawaka said there no such thing as 100 percent privacy.

"It's an information exchange, and it's fair. I think it's some of the older generation that has some fear they're going to do something with all this information, but really in the end, they don't care," Canarecci said.

He knows first hand all the ways information can be tracked, and said -- a majority of people don't have anything to be worried about.

"Just like some guy from Homeland Security isn't going to tackle a guy for jaywalking, they're not looking at you for these tiny little offenses."

He said the NSA isn't worried about things like downloading a song; more so, folks checking out inappropriate and threatening material.

"If you're on the internet, and you're looking at child pornography or you want to build a bomb, you're a target."