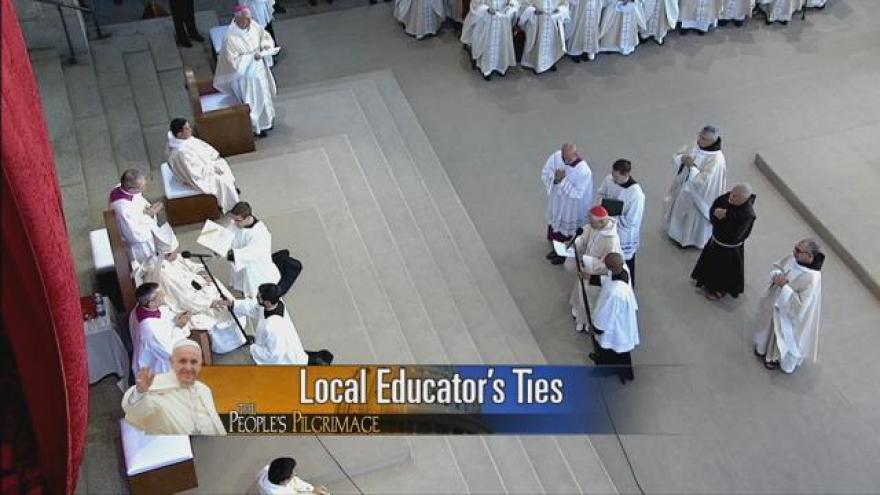 The Director of Ministry at Holy Cross College, Andrew Polaniecki, got to play a role in the Canonization Mass held on Wednesday. He says it wasn't a glamorous role, but he was honored to be a part of it.

Andrew Polaniecki arrived in DC Sunday and attended a rehearsal for the Canonization Mass to prepare for his role as communion acolyte.

Polaniecki says there were about 300 people involved in passing out communion.

During the mass, 27,000 people received communion in about a matter of about 15 minutes.

"It was a very honorable job to say we are entrusted basically with the blessed sacrament and bring that to the faithful so that's what Sunday night four hours of preparation on Sunday night working with those that have been preparing for months for that moment and to have that all actually go well it was something to be.. it was special to part of something that big," Polaniecki said.

Polaniecki said seeing the face of people who had come from all over and contributing to their religious experience was a special moment - one he won't forget.