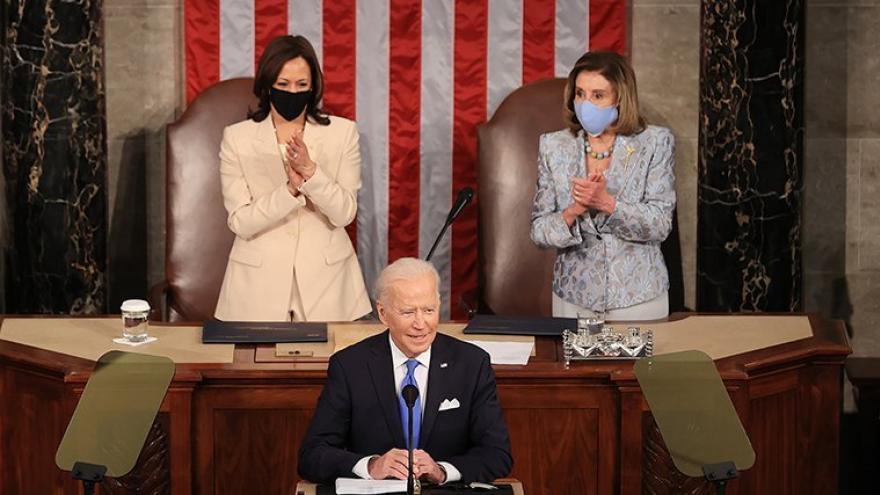 President Joe Biden made a sweeping case Wednesday for massive new programs that would transform the government's role in Americans' lives, claiming the very future of the country is at stake in his first address to Congress.

His message went beyond simply ridding the country of coronavirus or getting Americans back to work.

In Biden's telling, the results of those efforts could determine whether American Democracy survives at all: a live-or-die proposition that escalated his calls for trillions of dollars in new spending into an existential question for his audience of lawmakers.

While many of his ambitious proposals were supported by Democrats, Republican conservatives feared that his message will only further divide the two parties.

Representative Jackie Walorski released a statement after the address, saying, “President Biden has made a habit of calling for bipartisanship and unity but doing just the opposite.”

Congressman Fred Upton also released a statement, saying, “The economy has begun to recover, and there appears to be trillions of dollars still in the pipeline from already approved COVID relief packages, but we shouldn’t be proposing trillions more in pipe-dream spending that will either dramatically increase the national debt or raise taxes on small business and families.”

While Upton continued to disagree with Biden’s new policies, he did go on to say, “The President’s support to update a Cures 2.0 and ARPA-H injection of additional research dollars to deal with COVID, cancer, and Alzheimer’s in the years ahead is welcoming news and should generate overwhelming bipartisan support.”

But not all comments from lawmakers were negative, Michigan Senator Debbie Stabenow said, “During President Biden’s first 100 days in office, more than 1.3 million jobs have been created—the strongest job growth for any president in history in their first 100 days.”

Stabenow also said, “President Biden has put forward a bold jobs plan that puts the focus back on making things in America, rebuilding America’s neglected infrastructure and strengthening American manufacturing – all big priorities with a big impact on Michigan.”

And Michigan Senator Gary Peters also came in with some positive comments, saying, “After taking office at a time of unprecedented crisis in our country, I am proud of the progress we have made in President Biden’s first 100 days and the relief we delivered to families, small businesses and communities in Michigan and across the country.”

Peters went on to say, “President Biden laid out a strong vision for upgrading our infrastructure — our roads, bridges, and access to broadband — and making critical investments in families to ensure they can not only care for their families but prosper.”

For information about the address itself, please visit https://www.cnn.com/2021/04/28/politics/joe-biden-congress-address-takeaways/index.html