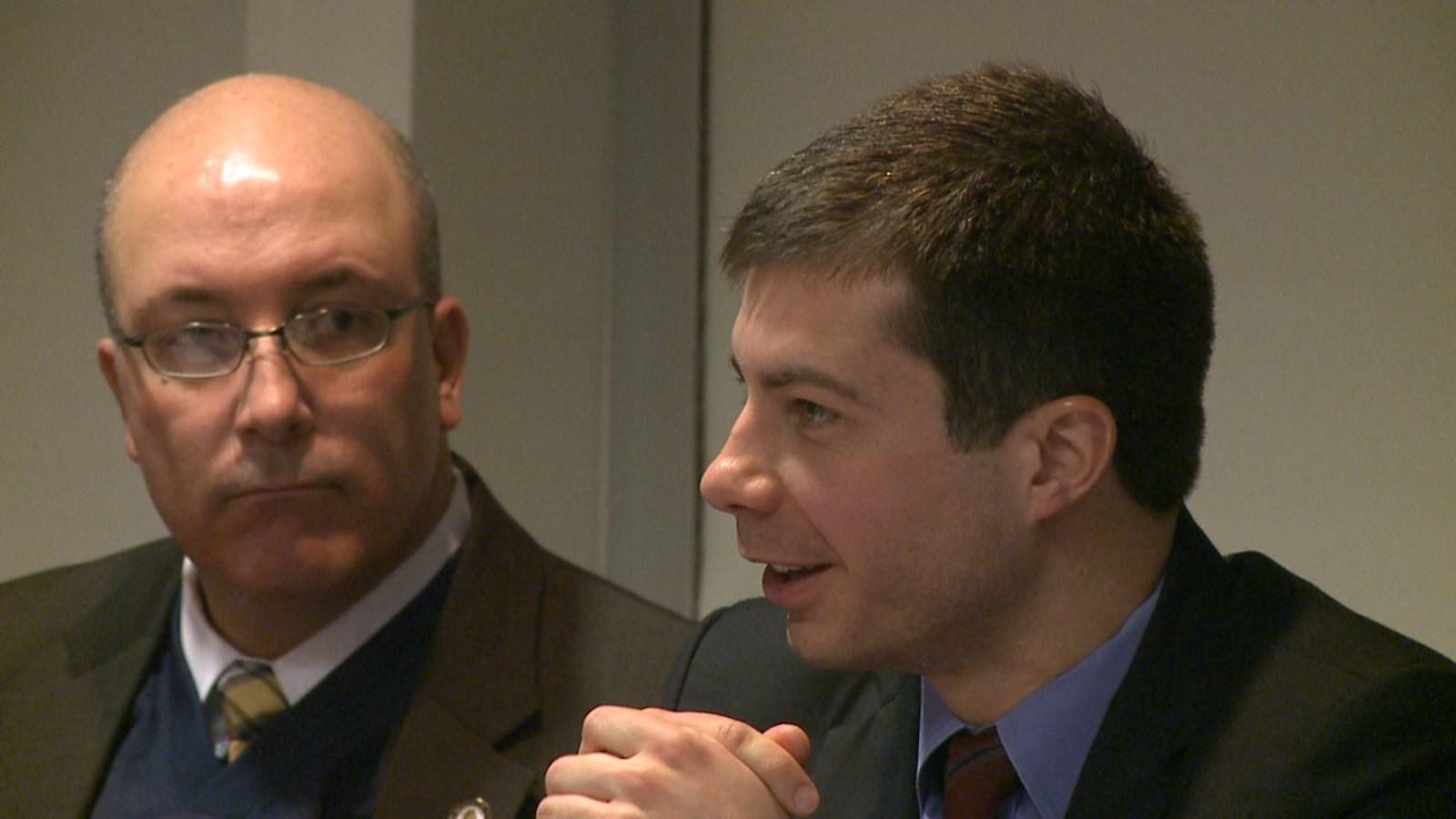 Approximately 45,000 residents live below the poverty line in St. Joseph County. That's about 16 percent of the county's total population.

Thursday, two mayors came together to address this problem and endorse a nonprofit that's working towards a solution.

“One of the most important things that a mayor can do is to bring people together to work towards a common goal,” said Mishawaka Mayor Dave Wood.

“They have a significant role to play and they know of services that are available I think far better than maybe even local government knows,” said Mayor Wood.

According to their research, 40 percent of the population is struggling to afford basic needs with about 16 percent being below the poverty line.

“When people have those low incomes, it puts at risk everything else in their lives,” said Mayor Buttigieg. “It's more than just not having money. It's about not having that kind of security that people with enough money have.”

The panel also opened the forum to respond to residents' concerns.

One attendee questioned budget cuts by the government to some key employment programs.

Mayor Wood sympathized with her inquiry saying his city saw less funding from the state as well.

“We got kind of hit with a perfect storm of reduced revenues as a result of property tax caps combined with reduced assessed value which equals less revenue, which also then equals less money to provide critical services,” said Mayor Wood.

Both admitted their offices impacts are limited compared to state powers but sought to work alongside local organizations seeking change.

“One thing we've talked about is using the convening power of the mayor's office to align local organizations,” said Mayor Buttigieg. “So if there are a lot of people in our generous community and a lot of groups that work to address the needs of the most vulnerable. What we got to do a better job of is coordinating it all so that everybody knows who's got which piece of the puzzle and so that we can begin to get some results.”

“We have various programs that help to combat poverty on an individual basis,” said Chuck Knebl, communications manager for WorkOne. “And we have a staff member here who works through a program from ex-felons.”

The transition for former inmates looking to enter the workforce is filled with hurdles.

According to WorkOne, there are 20,000 ex-offenders released from Indiana prisons annually—all eventually looking to enter the workforce.

Knebl said beyond the perceptions employers might have for these prospects; they face great challenge in being qualified for the job.

“There is a need for some entry level manufacturing and production positions that these folks may transition into,” said Knebl.

But many times the problems are less about ability and more about work ethic.

“They need the soft skills,” said Knebl. “They need to be there when they're supposed to be there, work their entire shift and be productive. There are companies that will give those folks a chance.”