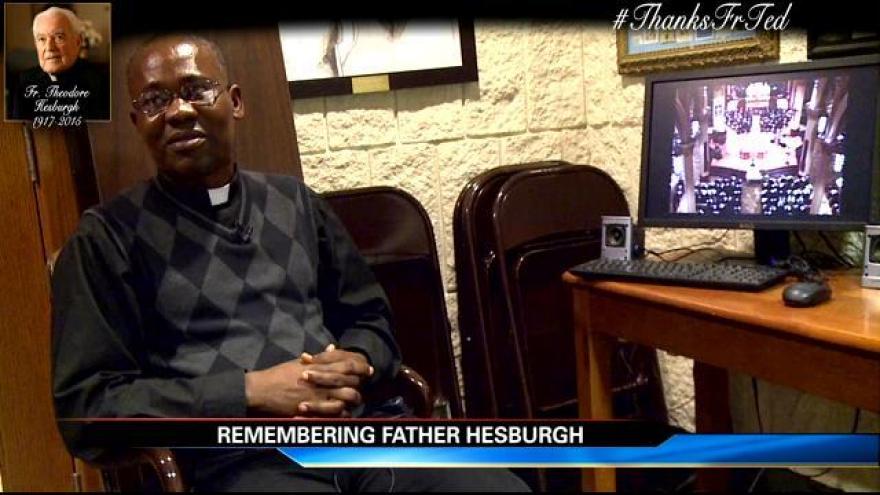 Father John Eze, with Queen of Peace in Mishawaka, grew up in Nigeria before moving to Michiana to become a pastor.

While sitting and watching Tuesday's wake for Father Ted Hesburgh, he remembers a wake years ago, in Nigeria, for his mother.

He says what Christians saw Tuesday for Father Ted was very similar to what was put on even for his mother in Nigeria, just on a bigger scale.

Tuesday's wake was a service, with no mass, just with scriptures read, and prayers sent.

"The dead need our support and our prayers, so we come together, the day before their funeral, just to offer these prayers," says Father John.