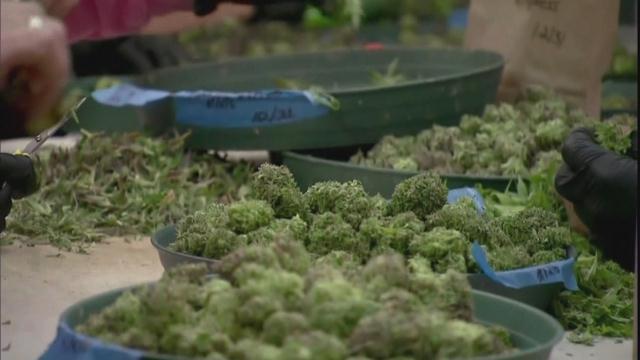 Legalizing marijuana is the latest debate in Michigan.

If marijuana is made legal, local police want to make sure smokers stay off the roads.

Officers in Berrien Springs say drivers and others on the roads could be put at risk.

Berrien Springs police is one of many small departments in the state saying it won't have the resources to effectively enforce a driving ban for users.

Getting drunk drivers off these roads can be a challenge for officers with the Berrien Springs Police Department because they're small.

“Most of the times we have one maybe two cars at a time," he said. "Again, not unusual for a department our size.”

But potentially adding drivers under the influence of marijuana could strain this department, according to Deputy Chief Smiedendorf.

“If somebody calls 911 we have to pull from other places," he said. "And to that homeowner you don't care where our cars are, you just want us to show up. So anything that would add time to that, my personal opinion is that's not a good thing.”

The time it would take to determine if a driver is under the influence would extend traffic stop times.

“There's not a quick way for law enforcement like there is with alcohol,” he said.

But according to the authors behind the Michigan Cannabis Control and Revenue Act, drivers would not be able to hit the roads after using the drug.

They also say the revenue from taxing marijuana would benefit police agencies.

“I think law enforcement could apply some of that extra funding to the enforcement process of operating under the influence of marijuana,” said Matt Mardsen, spokesman for the Michigan Cannabis Coalition.

But for the Berrien Springs Department, the conversation is less about politics and more about safety.

“Our primary concern is to make sure our residents, the people traveling on the freeway or coming up here to vacation, whatever, [are] going to be safe,” said Deputy Chief Smiedendorf.

Since January, there have been 13 marijuana-related arrests in Berrien Springs, some of those occurred during traffic stops.

The department wants to make sure that number doesn't grow.