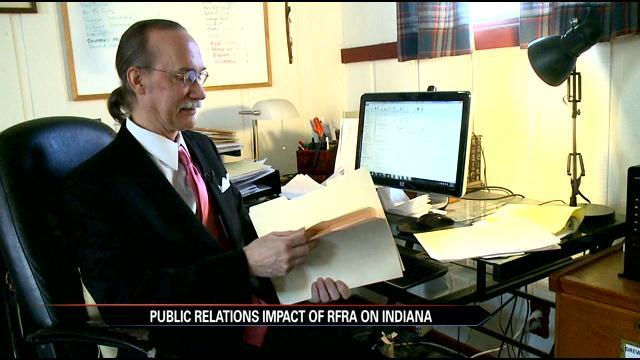 The Religious Freedom Restoration Act has triggered intense backlash against the state of Indiana.  And many are calling the backlash a PR nightmare.

Numerous global companies, universities, and even entire states have openly voiced their concern about the recent political moves the state has made.

"People are describing this as a public relations nightmare of epic proportions," says Dan Blacharski, the president of Ugly Dog Media in South Bend.

So with that much damage, how does a state even begin to fix all that negative attention?

"I think the only way to come back from that would be for Indiana businesses to take a united stand and say yes, Indiana is a welcoming state," says Blacharski.

And the same goes for Indiana cities.

"The city of South Bend has really stood out in the state," says Blacharski.

And that's in large part due to the mayor's efforts.

Mayor Pete Buttigieg has been busy all week, making sure South Bend is sending out a different kind of message.

"So we've been trying to send a message saying we're committed to being open to all," says Mayor Buttigieg.

He has even taken to Twitter by using the hashtag opentoall.