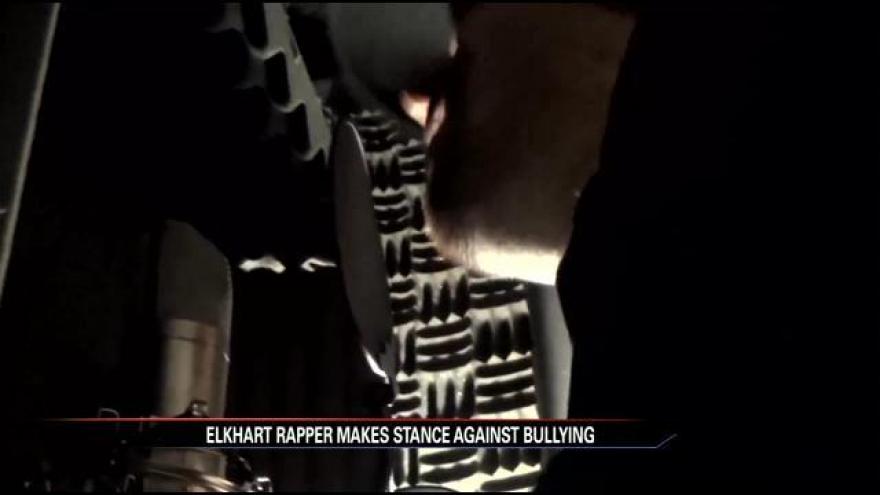 One man in Elkhart is using his music to help teens overcome bullying.

Bullying is causing concern nationwide, even right here in Michiana.

And now, the rapper from Elkhart is using his talents to reach those who are falling victim to the epidemic.

Aaron Reynolds said he did not have a strong family life and on top of that he was picked on, so he felt alone.

So his mission is to use his voice to be there for kids who are now experiencing what he once did.

It is an instrument Reynolds uses to fight the battles he faced when he was younger.

“I was picked on a lot by kids, and bullied and pushed around,” said Reynolds.

He said bullied victims often lean on the wrong crowd.

He now goes by Ayron on stage and he said the pen and notepad became his best friend when he was a teen.

He found love in the power of rhyming and reciting.

Now, he is joining others on a mission to reach out to those who were bullied just like he once was.

He said he has done his job if he convinces one young person that they are not alone, and that they do not have to give in to the beast of a bully.

One lyric at a time, Reynolds wants others to know, the power of voice is what will end the growing bullying issues nation-wide.

“Reach out to someone, whether it's a mother, a father, an aunt, uncle, grandmother, someone. Someone is always there for you,” said Reynolds.

The 3rd Annual Anti-Gang and Bullying Festival will be held from February 27th through March 2nd at Expo Gardens Opera House in Peoria, Illinois.