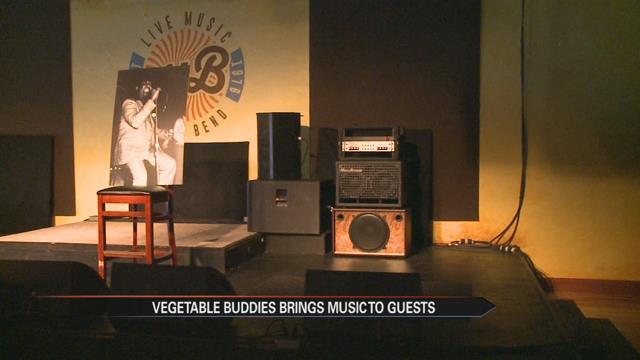 Vegetable Buddies is taking a new approach to entertaining their guests.

“We’re bringin’ in bands from all over the country all over the world,” said Jeff Harrison, Owner of Vegetable Buddies.

The owner is no stranger to music.

“I’ve been playing music all my life so music is the passion that drives everything I do,” said Harrison.

“I grew up hearing about it I was a little too young to actually come here but.. the legend of vegetable buddies, they were only open for about four years but the people who played here like Muddy Waters, John Lee Hooker, John Mayall, just the list goes on and on,” said Harrison.

And the community is right behind him.

Because he says it’s this music that’s sorely missed.

“Original music, you know people who are making records, people who are touring. It’s an underserved market. Nobody even knew they really needed it until it came back,” said Harrison.

The crowd is adapting pretty quickly to the idea.

“Cory Dennison, Chicago blues artist. This guy’s amazing. He was here a couple months ago. Just had the crowd wrapped around his finger. Got up walked the bar playing and singing from the bar,” said Harrison.

You can catch live bands at vegetable buddies every weekend starting around 9:00 p.m.