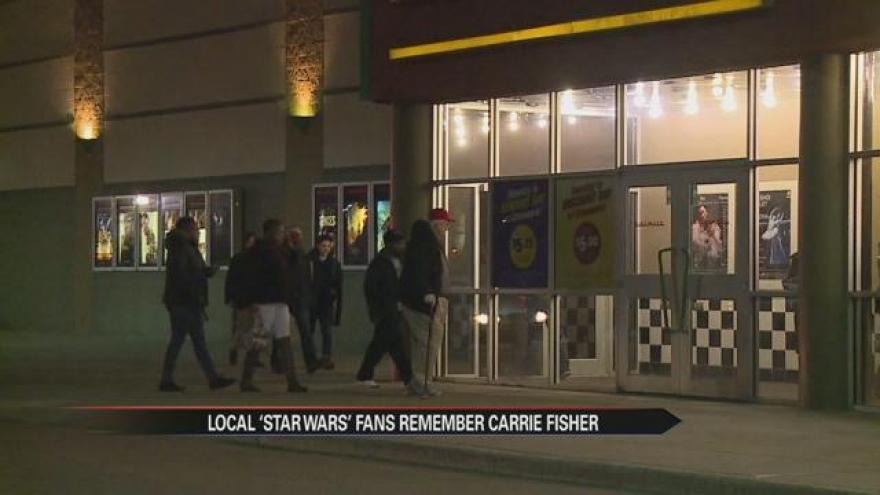 Following the death of actress Carrie Fisher, several local showings of Rogue One: A Star Wars Story were sold out on Tuesday night.

“She was such an iconic figure anyone who is a fan of Star Wars, especially the original trilogy, they know who she is, Princess Leia that’s who everyone remembers her as. It’s just such a big hit to the community. And it’s really sad, it’s just another thing that’s happened in this year of 2016 it’s been a year of a lot of people passing on, we will see how the series moves on from it,” said fan John Rose.

Chris Lawrence already had plans to see the latest installment with his dad for Christmas.

He and his dad Charles purchased two of the last seats to the late showing. They have seen most of the franchise together.

“You know it’s been great to see her develop the character as she did and I have a lot of respect for her as far as an actress and also she’s a writer and in the past when she’s had personal problems and she has not been afraid of confronting those and letting people know,” said Charles.