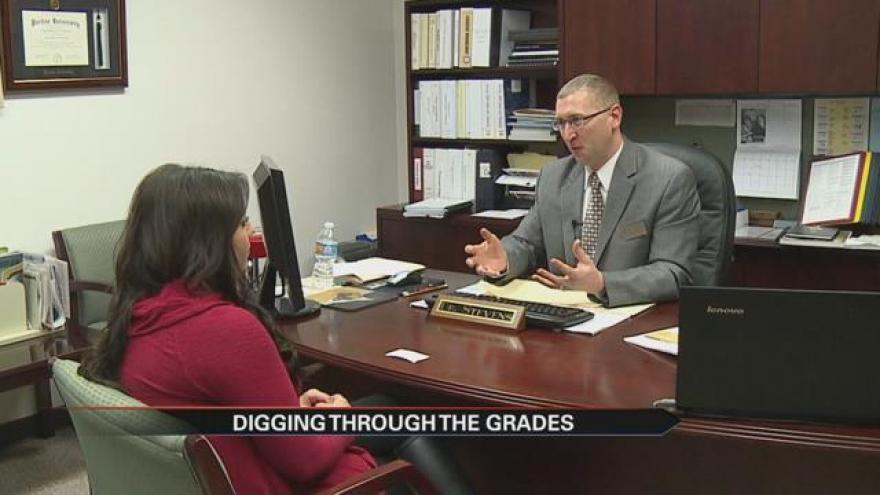 In December the Indiana Department of Education released the school accountability grades for the 2015-2016 school year.

The letter grades are based on graduation rates and IStep scores for the students in each district.

Individual schools are also given a letter grade. For the fifth consecutive year, Madison Primary Center in South Bend received an F.

Even though the Department of Education is investing in improvements, the state is required to hold a public hearing to discuss a possible state intervention since the school was placed in the lowest performance category again .

“What we want to do is hear from the community, from the teachers, the parents, the students, from those who are involved in this school and the board members and members of the Department of Education will receive that feedback and from there we will form an opinion about what the next steps should be,” said Josh Gillespie, Director of External Affairs with the Indiana State Board of Education.

“I don’t believe that a grade tells the true story of the caliber of kids we have,” said South Bend Superintendent Dr. Ken Spells.

Dr. Spells says student progress is a better indicator at how the district is doing.

“I’ve always been concerned about things like students getting into college, students graduating. Our graduation rate went up last year. Those are the kinds of things that I look at as a superintendent. I look at progress, I look at student growth,” said Dr. Spells

“We’re measured and sort of labeled with that school grade but it doesn’t take into account all the great things going on at our school,” said Dr. Stevens.

Dr. Kay Antonelli, Asst. Superintendent for Instruction at PHM, credits the district's high grade to the "Triangle of Success."

“We’re proud of not only our students but also our families, but then our families and also our teachers,” said Dr. Antonelli.

The state ranks 100% of PHM teachers as “effective” or “highly effective.” Making them the fourth highest performing educator group out of the 294 public districts in the state.

The high ranking earned each teacher a $2,115 bonus through a teacher incentive grant.

“Are they doing similar work or is it different work? Is the student and the clientele different in Mishawaka?”

He worries the incentive grant may make it more difficult for low scoring schools to improve.

“We don’t realize a lot of those dollars and we don’t have potentially the resources to focus on the issue,” said Dr. Stevens.

The Madison Primary public hearing will be held Tuesday, January 24 at 5:30 p.m. at the school.