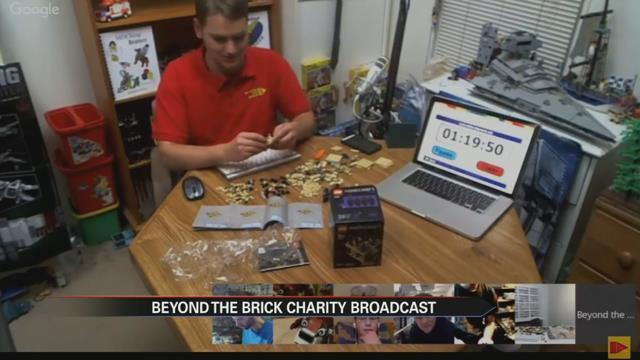 For the second year, Joshua Hanlon, who runs the YouTube channel Beyond the Brick, is working with Creations for Charity to provide LEGO sets for less fortunate kids.

Hanlon has been playing with LEGOs since he was a child.

“When you have a LEGO set in front of you, you kind of feel like you can do anything you want with the pieces,” said Hanlon.

With the pieces this 19-year-old has been given, he’s building a better future for kids around the world. His positive experience encouraged him to make the toy available to kids who may not have otherwise had the opportunity.

Hanlon’s YouTube channel, dedicated to all things LEGOs, has over 46,000 subscribers.

Once a quiet kid, Hanlon’s mom Christy says playing with LEGOs broadened Hanlon’s mind and exposed him to a huge community of people.

Christy says stepping on LEGOs was a daily occurrence when raising her kids. But one of the biggest pet peeves of parenthood has become the source of her biggest pride.

She hopes her son’s good deed will encourage kids to see beyond the box, take the pieces they’re given and create something that could brighten up someone else’s world.

Because like any LEGO mom would tell you, it’s not what the instructions direct you to build but the creations from the heart that mean the most.

“This was built for me when they were little. We’ve kept it in the kitchen on display for probably close to 20 years,” said Christy.