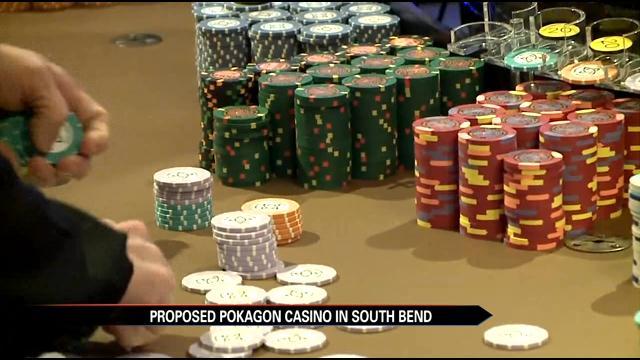 The Pokagon Band of Potawatomi Indians got a response from the Federal Government on Thursday regarding their request seeking Trust Land to create a Tribal Village. Part of the funding for the infrastructure would come from a casino on the South Bend site.

If they are able to get that Trust Land approved, it will be their decision in how they want to use it.

The Pokagon Band will use the Four Winds Casino to help sustain its community but some people are opposed to building a casino in South Bend.

According to Jake Teshka, of Citizens for a Better Michiana, has seen studies on cities where casinos are built.

“In areas where casinos are, crime can spike. Violent crimes can spike as much as ten percent,” said Teshka.

He also thinks that small businesses could suffer as a result of the casino.

“By building a casino what we're doing is cutting off any future possibility of having major consumers in small business," Teshka added.

The Four Winds Casino in New Buffalo was built in 2007 and according to New Buffalo Township Supervisor Rose Dudiak it has been a success.

“This casino has been a win-win situation for us. The things we've been able to do in the township have been incredible. We would not be able to do them without the casino,” Dudiak said.

She also said the casino has brought in enough money that the New Buffalo Township Hall will soon go through a $2 million renovation.

If the casino is built, it has the potential of bringing in about 2,000 permanent jobs and about 1,500 temporary construction jobs.

That is something South Bend Mayor Pete Buttigieg thinks will be good for the city.

“We got to work with them, figure out exactly what the plans are and how the city fits in but as long as this happens in the context of an overall agreement that benefits the city, benefits the community, then I think it could be a very positive thing for South Bend,” said Mayor Buttigieg.

The location of this land is near the U.S. 20 Bypass and covers 166 acres.